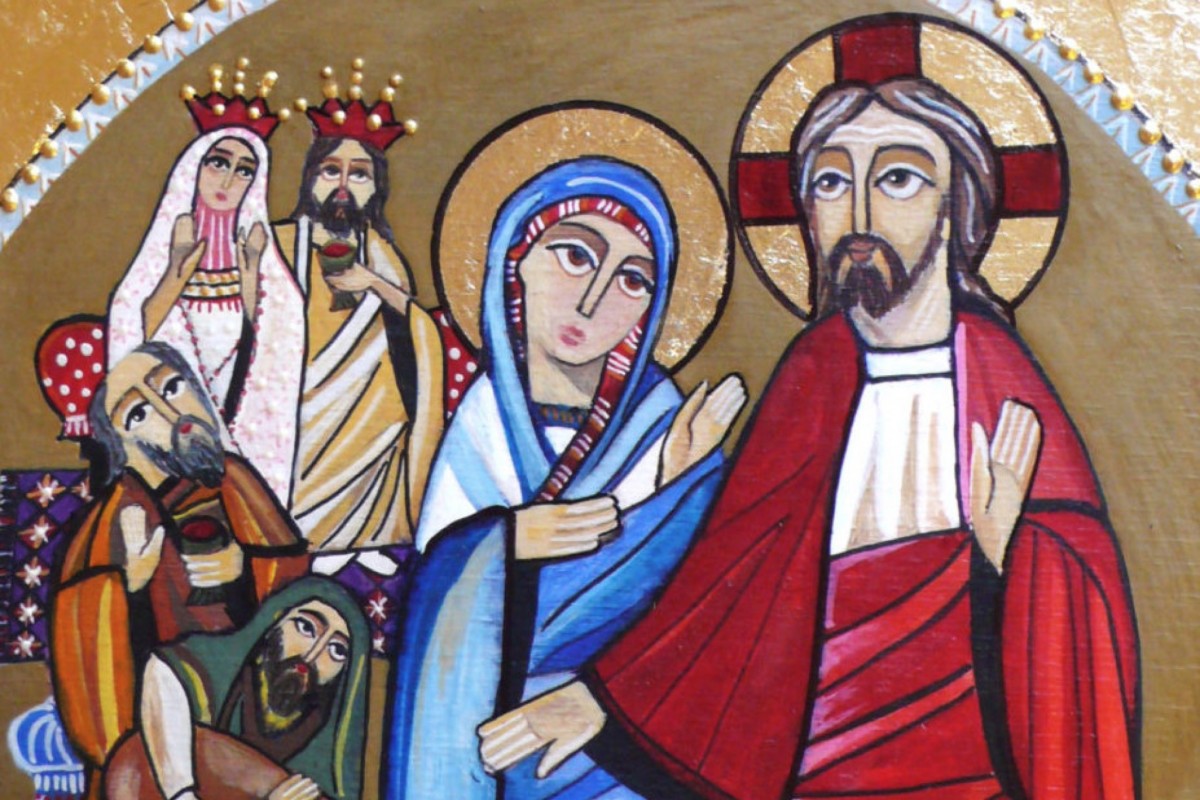 Today, on the Fourth Sunday of the blessed Coptic month of Paouna, our Mother, the Holy Church, nourished us with a passage from the Gospel according to Luke 6:27-38 in which our Lord Jesus Christ spoke to us about love, and especially the love of our enemies.

Perhaps no word is used more in the language of the modern world than “love,” but in what way? After the United States Supreme Court’s sad decision legalizing same-sex marriage in Obergefell v. Hodges, thousands of Americans took to social media to declare “#LoveWins.”

But did love really win?

In the English language, we have only one word for love, which is quite problematic. It is the same word used in all of these statements:

I love God.
I love my wife.
I love hamburgers.
I love the USA Women’s Soccer team.

One can see the problem here: the love expressed in each of those statements is (hopefully) not the same as the others. Unless one desires to sleep on the couch, he most likely will not say he loves his wife as much as he does hamburgers.

This problem does not exist in the Greek language, which has at least three different words for love: eros, philia, and agape.

Eros refers, among other things, to a love that attracts us to another. Most often, it is seen as the romantic love between a husband and wife in the context of a loving marriage. Consider how the brilliant English writer G.K. Chesterton ended the marriage proposal that he wrote to his future wife, Frances Blogg:

But there are four lamps of thanksgiving always before him. The first is for his creation out of the same earth with such a woman as you. The second is that he has not, with all his faults, ‘gone after strange women.’ You cannot think how a man’s self restraint is rewarded in this. The third is that he has tried to love everything alive: a dim preparation for loving you. And the fourth is – but no words can express that. Here ends my previous existence. Take it: it led me to you.

Although eros was a romantic, intimate, attractive love, it wasn’t always strictly sexual. The ancient philosopher Plato taught an ideal of eros that didn’t necessarily have a sexual component, which is where we get the concept of “Platonic love.”

Later in the 20th c., following the lead of Sigmund Freud and his form of psychology, eros began to be associated strictly with sexuality and the desire to create life. From there, the concept began to degenerate and become more distorted until it reached its nadir in the sexual revolution of the 1960s. The distortion of eros led to an alteration of its very nature: originally, eros was an intimate union between two persons, but when we accept eros as strictly sexual, then it is no longer a love between two persons. Instead, it becomes the love of the sexual process itself, perhaps even the love of the pleasure of the sexual process, but not necessarily of the other person. We see the fruits of the degeneration of eros in modern society in which people are treated as sexual objects for consumption on television and the Internet.

Philia, unlike eros, is not a love between two persons, but rather, a love between an individual and all humanity. We know philia primarily from the famous cities named Philadelphia (philia “love”+ adelphos “brother”). A person exhibits philia love when he beholds the Face of God in every other person regardless of race, color, faith, or even sexual orientation. It is simply the love of fellow man.

We oftentimes see philia when people come together and offer a helping hand in the midst of a tragedy or natural disaster.

Agape love has no real equivalent in the English language. It refers to the boundless love that God pours upon us despite our unworthiness. It is a complete sacrificial love that is modeled after the ultimate expression of God’s love for us in the Incarnation and life-giving work of our Lord Jesus Christ. Beginning with the Gospel accounts, we find over 200 references to agape in the New Testament, including the Holy Apostle Paul’s famous chapter on love in 1 Cor 13.

Now that we know a little about these three Greek expressions of love, we return to the original question. Did love win in Obergefell v. Hodges? Was it eros, philia, or agape?

Sadly, love did not win in that Supreme Court decision, because there is one crucial attribute in every expression of love: love is divine, because God is love (1 Jn 4:8).

In every one of these expressions of love, we find an analogue of God’s love towards us. For example, God’s love for us may be described as the pure form of eros. In the Old Testament, and especially in the Song of Songs and prophetic books, God speaks of His people as His bride, implying eros. This is a theme that is continued in the New Testament vis-à-vis the Church. God’s love for us is also expressed as philia. The Holy Church reminds us in Her prayers of one of the Divine titles of God, Philanthropos or “Lover of Mankind,” which is an expression of philia. Of course, the greatest expression of God’s love towards humanity is the Incarnation of the Second Person of the Holy Trinity in which He became one of us to save all of us. Finally, as we said above, agape is uniquely modeled after God’s complete and sacrificial love towards us. Love, then, irrespective of the expression we choose, is inextricably bound up with God — it is His very Nature.

In light of this, we cannot say that love won in Obergefell v. Hodges, because an act of rebellion against God and nature cannot reflect the love that is His Nature. Indeed, when He asks us to love Him, He sets forth a specific criterion: “If anyone loves Me, he will keep My word…” (Jn 14:23). Sadly, that court decision did not keep the Word of God, but rather, supplanted human wisdom and misdirected desires for what God ordained and programmed in nature.

That is not to say, however, that love still cannot win. If love will win as a result of this decision, it will win in the hearts of Christians who respond to this decision with agape love.

Love did not win because five men and women gave two persons of the same gender an opportunity to have their misdirected love legalized, but love might very well win if we embrace all those who are struggling and help them redirect their love towards God by keeping His Word.