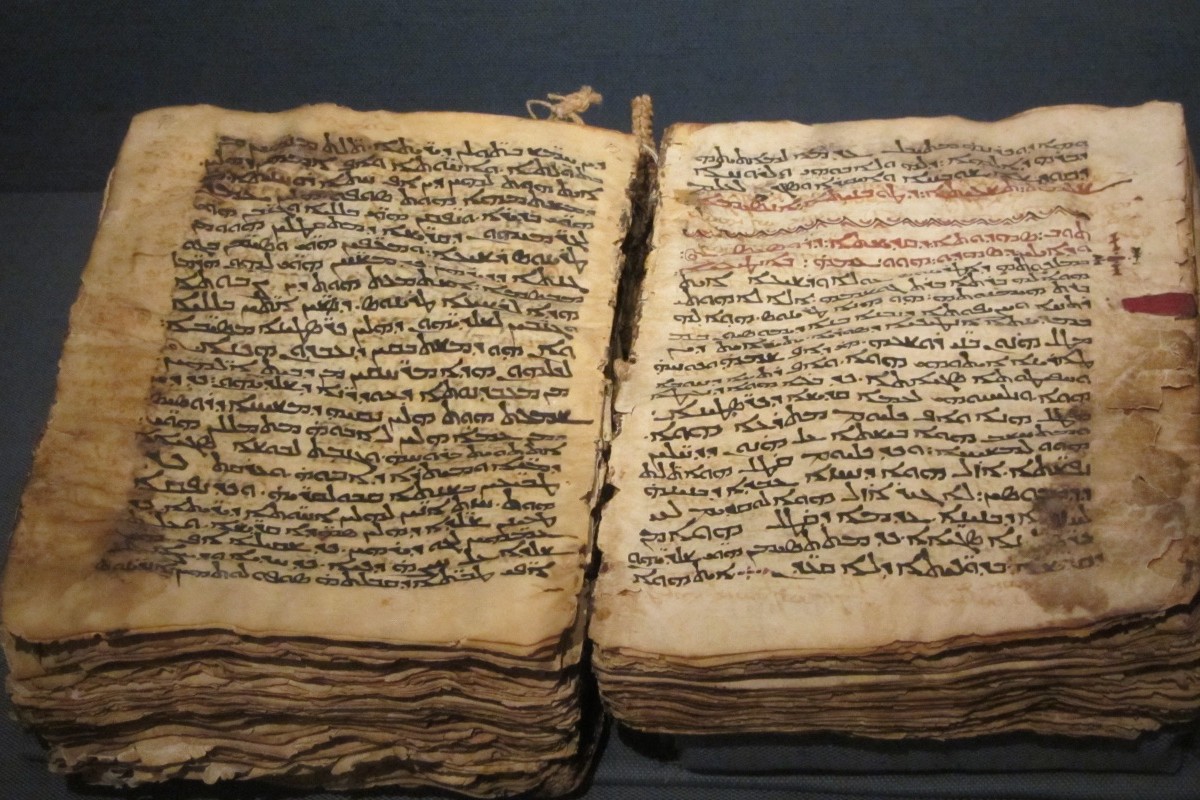 On both sides, beloved, reap the utmost gain, and avoid the imitation of Adam knowing how many ills are begotten of laziness and imitate the piety of Job, learning how many glorious things spring from earnestness. Consider him, the conqueror throughout, and you shall have much consolation in all pain and peril. For as it were in the common theatre of the world that blessed and noble man stands forth, and by means of the sufferings which happened to him, discourses to all to bear all things which befall them nobly and never give in to the troubles which come upon them. For verily, there is no human suffering which cannot receive consolation as a result. For the sufferings which are scattered over the whole world, these came together, and bore down upon one body, that of Job. What pardon then shall there be for him who is unable to bear with thankfulness his share of the troubles which are brought upon him? Since he appears not bearing a part only, but the entire ills of all men, and in order that you may not condemn the extravagance of my words, come, and let us take in hand severally the ills that came upon him, and bring forward this fulfillment of them.

And if you wish, let us first bring forward that which seems to be the most unendurable of all, I mean poverty, and the pain which arises from it. For everywhere all men bewail this. Who was poorer, then, than Job, who was poorer than the outcasts at the baths and those who sleep in the ashes of the furnace, poorer in fact than all men? For these, indeed, have one ragged garment, but he sat naked, and had only the garment which nature supplies, the clothing of the flesh, and this the Devil destroyed on all sides with a distressing kind of decay. Again, these poor folk are at least under the roof of the porches at the baths and are covered with a shelter, but he continued always to pass his nights in the open air, not having even the consolation of a bare roof. And what is still greater, the fact that these are conscious of many terrible evils within themselves, but he was conscious of nothing against himself. For this is to be noticed in each of the things which happened to him, a thing which caused him greater pain, and produced more perplexity; the ignorance of the reason of what took place. These persons, then, as I said, would have many things with which to reproach themselves. And this contributes much to consolation in calamity; to be conscious in oneself of being punished justly. But he was deprived of this consolation, and while exhibiting a conversation full of virtue, endured the fate of those who had dared to do extreme wickedness. And these folk who are with us, are poor from the outset, and from the beginning are experienced in calamity. But he endured calamity in which he was unexperienced, undergoing the immense change from wealth. As then the knowledge of the cause of what takes place, is the greatest consolation; so it is not less than this, to have been experienced in poverty from the beginning and so to continue in it. Of both these consolations that man was deprived, and not even then, did he fall away. Do you see him indeed come to extreme poverty, even in comparison with which it is impossible to find a fellow? For what could be poorer than the naked who has not even a roof over him? Yes rather not even was it in his power to enjoy the bare ground, but he sat upon the dunghill. Therefore whenever you see yourself come to poverty, consider the suffering of the just one, and straightway you shall rise up, and shake off every thought of despondency. This one calamity therefore seems to men to be the groundwork of all sufferings together.

And the second after it, yes rather before it, is the affliction of the body. Who then was even so disabled? Who endured such disease? Who received or saw any one else receive so great an affliction? No one. Little by little, his body was wasted, and a stream of worms on every side issued from his limbs; the running was constant; the evil smell which surrounded him was strong, the body being destroyed little by little, and decaying with such putrefaction, used to make food distasteful; and hunger was to him strange and unusual. For not even was he able to enjoy the nourishment which was given to him. For he says, “I see my food to be loathsome” (Job 6:7). Whenever, then, you fall into weakness, O man, remember that body and that saintly flesh, for it was saintly and pure, even when it had so many wounds. And if any one belong to the army, and then unjustly and without any reasonable pretext, be hanged upon the pillory2, and has his sides rasped to pieces, let him not think the matter to be a reproach, nor let him give way to the pain when he thinks upon this saint. But this man, says one, has much comfort and consolation in knowing that God was bringing these sufferings upon him. This indeed especially troubled and disturbed him, to think that the just God Who had in every way been served by him was at war with him. And he was not able to find any reasonable pretext for what took place, since, when at least he afterwards learned the cause, see what piety he showed, for when God said to him “Do you think that I have had dealings with you in order that you might appear righteous?” (Job 40:8), he says while conscious-stricken, “I will lay my hand upon my mouth, once have I spoken but to a second word I will not proceed,” (Job 40:4, 5), and again “as far as the hearing of the ear I have heard you before, but now mine eye has seen you, wherefore I have held myself to be vile, and am wasted away, and I consider myself to be earth and ashes” (Job 42:5, 6).

But if you think that this is sufficient for consolation, you will yourself also be able to experience this comfort. And even if you do not suffer any of these misfortunes at the hands of God, but owing to the insolence of men — and yet give thanks and do not blaspheme Him Who is able to prevent them indeed, but Who permits them for the sake of testing you — just as they who suffer at the hands of God are crowned, so also you shall obtain the same reward, because you have borne nobly the calamities which were brought upon you from men and did give thanks to Him Who was able indeed to hinder them, but not willing.

Behold, then! You have seen poverty and disease, and both in the extremest degree brought upon this just man. Do you wish that I should show you the warfare at nature’s hands, in such excessive degree waged then against this noble man? He lost ten children, the ten at one fell swoop, the ten in the very bloom of youth, ten who displayed much virtue, and that not by the common law of nature, but by a violent and pitiable death. Who could be able to recount so great a calamity? No one. Whenever, therefore, you lose son and daughter together, have recourse to this just man, and you shall find altogether much comfort for yourself. Were these, then, the only misfortunes which happened to him? The desertion and treachery of his friends, the gibes, raillery, mockery and derision, and the tearing in pieces by all was something intolerable. For the character of calamities is not of such a kind, that they who reproach us about our calamities are inclined to vex our soul. Not only was there no one to soothe him, but many from all sides troubled him with taunts. And you see him lamenting this bitterly and saying, “but even you, too, fell upon me” (Job 19:5). He calls them pitiless and says, “My neighbors have rejected me, and my servants spoke against me, and I called the sons of my concubines, and they turned away from me” (Job 19:14, 16). “And others,” he says, “sport upon me, and I became the common talk of all (Job 19:9, 10). And my very raiment,” he says, “abhorred me” (Job 9:31). These things at least are unbearable to hear, still more to endure in their reality, extreme poverty, and intolerable disease new and strange, the loss of children so many and so good, and in such a manner, reproaches and gibes, and insults from men. Some indeed mocked, some reproached, and others despised; not only enemies, but even friends; not only friends, but even servants, and they not only mock and reproach, but even abhorred him, and this not for two or three, or ten days, but for many months; and (a circumstance which happened in that man’s case alone) not even did he have comfort by night, but the delusions of terrors by night were a greater aggravation of his misfortunes by day. For that he endured more grievous things in his sleep, hear what he says “why do you frighten me in sleep, and terrify me in visions?” (Job 7:14). What man of iron, what heart of steel could have endured so many misfortunes? For if each of these was unbearable in itself, consider what a tumult their simultaneous approach excited. But nevertheless he bore all these, and in all that happened to him he sinned not, nor was there guile in his lips.

Let the sufferings of that man then be the medicines for our ills, and his grievous surging sea the harbor of our sufferings, and in each of the accidents which befall us, let us consider this saint, and seeing one person exhausting the misfortunes of the universe, we shall conduct ourselves bravely in those which fall to our share, and as to some affectionate mother, stretching forth her hands on all sides, and receiving and reviving her terrified children, so let us always flee to this book, and even if the pitiable troubles of all men assail us, let us take sufficient comfort for all and so depart. And if you sayest, he was Job, and for this reason bore all this, but I am not like him; you supply me with a greater accusation against yourself and fresh praise of him. For it is more likely that you should be able to bear all this than he. Why, you ask? Because he indeed was before the day of grace and of the law, when there was not much strictness of life, when the grace of the Spirit was not so great, when sin was hard to fight against, when the curse prevailed and when death was terrible. But now our wrestlings have become easier, all these things being removed after the coming of Christ; so that we have no excuse, when we are unable to reach the same standard as he, after so long a time, and such advantage, and so many gifts given to us by God. Considering therefore all these things, that misfortunes were greater for him, and that when the conflict was more grievous, then he stripped for the contest; let us bear all that comes upon us nobly, and with much thankfulness, in order that we may be able to obtain the same crown as he, by the grace and lovingkindness of Jesus Christ our Lord, with whom be glory to the Father together with the Holy Spirit, now and always and for ever and ever. Amen.