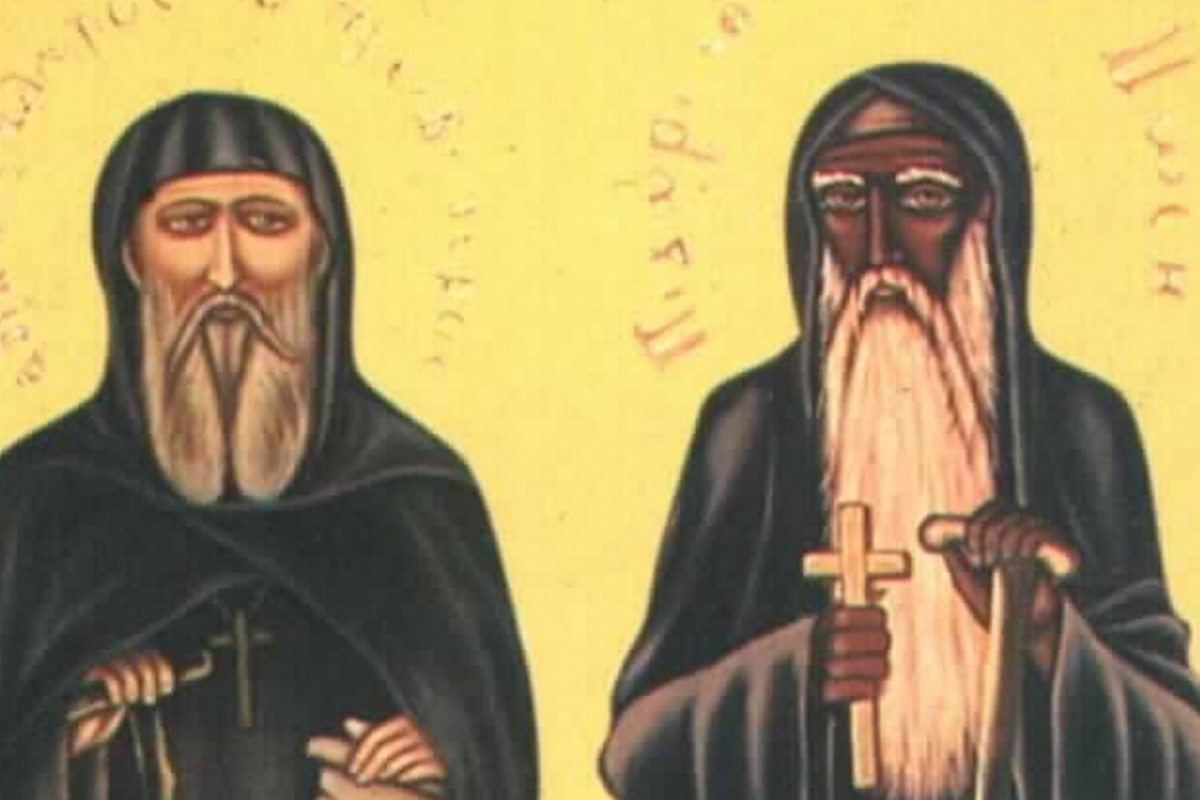 Since the tragic ruling of five judges on the United States Supreme Court this past Friday, I’ve observed many Christians living in something like a daze. Although the decision wasn’t unexpected, it’s now real and a part of everyone’s life whether they wanted it or not. People are anxious, wondering what the decision means for their parishes, their childrens’ education, and even their own job security.

In the midst of the anxiety, God, Who is always merciful and compassionate towards us, provides us with a message of hope in today’s Feast of the Strong Saint Abba Moses. In his story, we see how repentance and the grace of God can change a man’s life from one extreme to entirely the opposite extreme. Abba Moses went from being the chief of an evil gang of thieves to the spiritual father of a blessed group of monks; he went from being a murderer who took lives to an ascetic who gave his own life freely to God and his brethren; he was transformed from an adulterer to a virgin. These radical changes give us hope that we, too, can change ourselves and draw near to God. The world needs Abba Moses, because his life shows us a hope that we desperately need today, a hope that is within our reach if we admit our brokenness and present ourselves humbly to the True Physician of our Souls, our Lord Jesus Christ.

Hope begets repentance, and repentance begets hope. As St. Ambrose of Milan said, “Now no one can repent to good purpose unless he hopes for mercy.” The constant dialogue between these two produces a synergy that continually propels us towards God.

This is what the world needs more than ever. As we saw last week, we are living in a time when people will change the laws of entire countries in order to legalize and normalize their sinful lives. They will redefine the whole institution of marriage, which God Himself defined and which has been practiced with normalcy for thousands of years just so they might feel “normal.” After all, this was the crux of Justice Kennedy’s majority opinion in which he created a new constitutional “right to dignity.” The dignity spoken of in that decision is really no dignity at all, however, for there is no dignity in rebelling against God and what He has ordained for us.

Our world constantly exclaims, “Pride! Pride! Pride!”, but what we need to hear more than ever are the words of Abba Moses himself, “I have sinned, forgive me!”

One Response to "The World Needs Abba Moses"