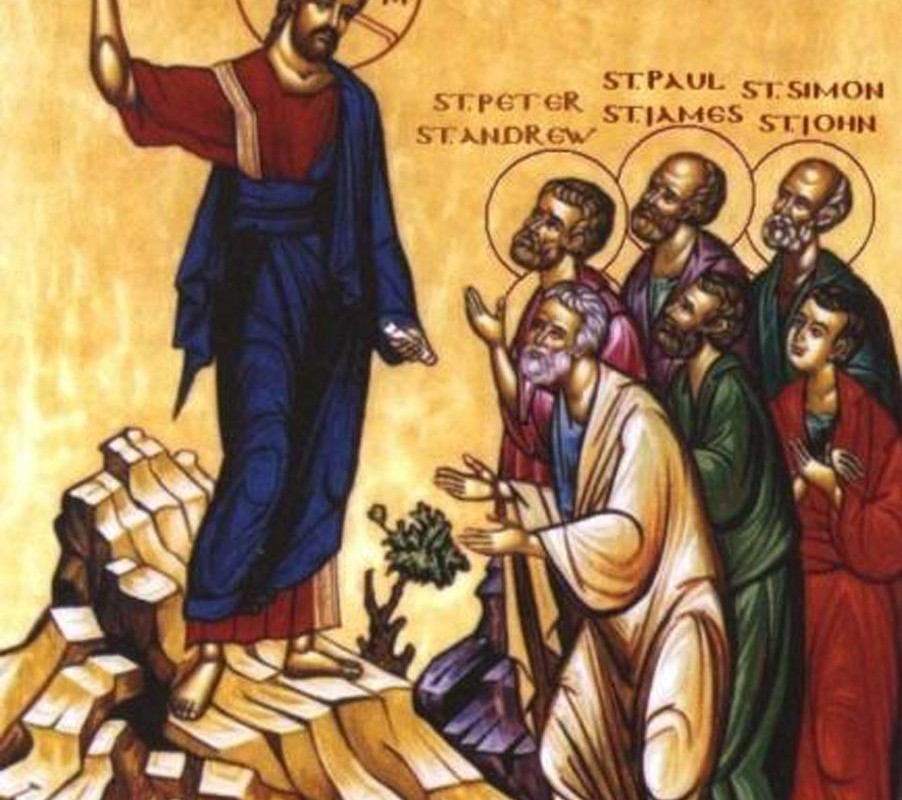 In your discipleship, you do not learn from the words of your teachers, but from their behaviour and way of life. Even when they say nothing, you still absorb their way of living, by absorbing the good qualities, standards and patterns which they demonstrate in their life. The ear is not the only means of learning, the eye is too. There is the story of Abba Sisoes who was so humble that he would not give any instruction to those who came wanting to be his pupils. When the fathers criticised him for not giving any guidance to a new brother whom they had sent to learn from him, he said to them: I am neither a leader nor a teacher. But if that young man wishes to learn something, then if there is anything that I can teach him, let him look at how I behave, and how I act, and let him do likewise, without my having to instruct him.

A case of learning from the example of someone s life, is that of the three brothers who visited Anba Antonious. Two of them asked him questions, while the third sat silent. When the saint asked the silent one why he had not asked about anything, the brother replied, “It is enough for me just to look at your face, father.”

Just looking at the face of the saint was enough for the brother to learn a lesson from him, even without that holy man saying a word to him. He saw how the saint spoke and answered and observed his gentle, kind and humble features… and he learned. As another example we have the occasion when Pope Theophilus visited the desert of Shiheet. The fathers said to St Anba Paphnuti: Say something to help the Pope. And he replied to them: If he has not been able to benefit from my silence, then it is unlikely that he will be helped by my words, either.

So in fact one should be a disciple of silence as much as of beneficial words. Perhaps one of the best examples of this is that of St Arsanious the Great, from whose silence many learned as disciples, and from whose good model of behaviour many profited more than from the words of other teachers. So a disciple now can learn from the lives of others, from the beautiful qualities that they exhibit. He can absorb their virtues without their actually giving him lessons in those virtues.

This is what St Anba Antonious did at the beginning of his monastic life. He used to learn from the life of the hermits by observing them. He was like a bee which sucks nectar from every flower. From one recluse he learned calmness, from another humility, and from a third silence, and from a fourth how to speak well.

What St Antonious did reminds me of another useful piece of teaching. In your discipleship do not try to be just like a carbon copy of one particular person. For there isn t a single human being in whom all the virtues are to be found. Also, what suits one person s particular character, may not suit yours at all. So just take from everyone those beautiful qualities in him which you admire. And take as much of those qualities as you feel is right for you and in whatever way suits your character, your mentality and situation.

The Bible presents us with practical examples of every type, just as history presents us with other examples of every branch of virtue, and of every different style of life, so that we can learn from them. The Lord Jesus Christ reproached the Jews with the example of the Queen of the South, when He said to them: “The queen of the South will rise up in the judgment with this generation and condemn it, for she came from the ends of the earth to hear the wisdom of Solomon; and indeed a greater than Solomon here.” (Matt. 12:42).

She was a surprising example of one who sought wisdom and knowledge, in other words, of discipleship. She learned from a man who had been given wisdom by God Himself, and who was the wisest of his generation. (1 Kings 3:12). Therefore, this queen became an example for us to copy. The Lord told parables and gave examples to His generation and to us, from which we can learn. There was, for instance, the humility of the Syro-Phoenician woman, when she said of herself and her daughter: “yet even the little dogs under the table eat from the children s crumbs.” (Mark 7:28).

And the Lord also gave us the example of the faith of the centurion, who said: “Lord, I am not worthy that You should come under my roof. But only speak a word, and my servant will be healed.” (Matt. 8:8) . Then the Lord said to those who were following Him: “Assuredly, I say to you, I have not found such great faith, not even in Israel! ” (Matt. 8:10). This, then, was how the Lord provided the people with actual examples from those living around them, and who were good models for others to learn from.

The Lord Jesus also told them the parable of the widow who gave all that she had out of her poverty, (Mark 12.:44) and that of the woman who poured a jar of expensive perfume over His head, at the house of Simon the Leper. And He said: “Assuredly, I say to you, wherever this gospel is preached in the whole world, what this woman has done will also be told as a memorial to her.” (Mark 14:9).

So there are examples from which you can learn not only in the lives of the saints who have passed over, but there are also living examples around you.

Perhaps you may find in those with whom you associate and mix, and in those who live in your generation, even if you haven t actually had any personal dealing with them, good examples from which you can pick up or absorb or imitate their virtues. We see in children an example of those who learn by imitation.

Children have not yet reached a level of intellectual maturity and understanding which will help them to learn about the world or comprehend advice, but they live as those around them live. They absorb life, religion and everything else around them by unquestioning acceptance, not by teaching. Just as you learn from people s virtues, you can also learn from their faults.

If you see something that is not right, and notice its awful consequences, and its repercussions on others, you can learn a lesson from it by making sure that you avoid that mistake in your own life. Or, like when the lion said, Who taught you wisdom, Mr Fox? and the fox replied: I learned it from the head of the wolf as it flew from its dead body!

And then there is that lovely proverb: I learned silence from the parrot , which means that when we see the disadvantages of talking too much, we learn a lesson about the superiority and benefit of keeping quiet, and how people have more respect for those who do not talk too much.