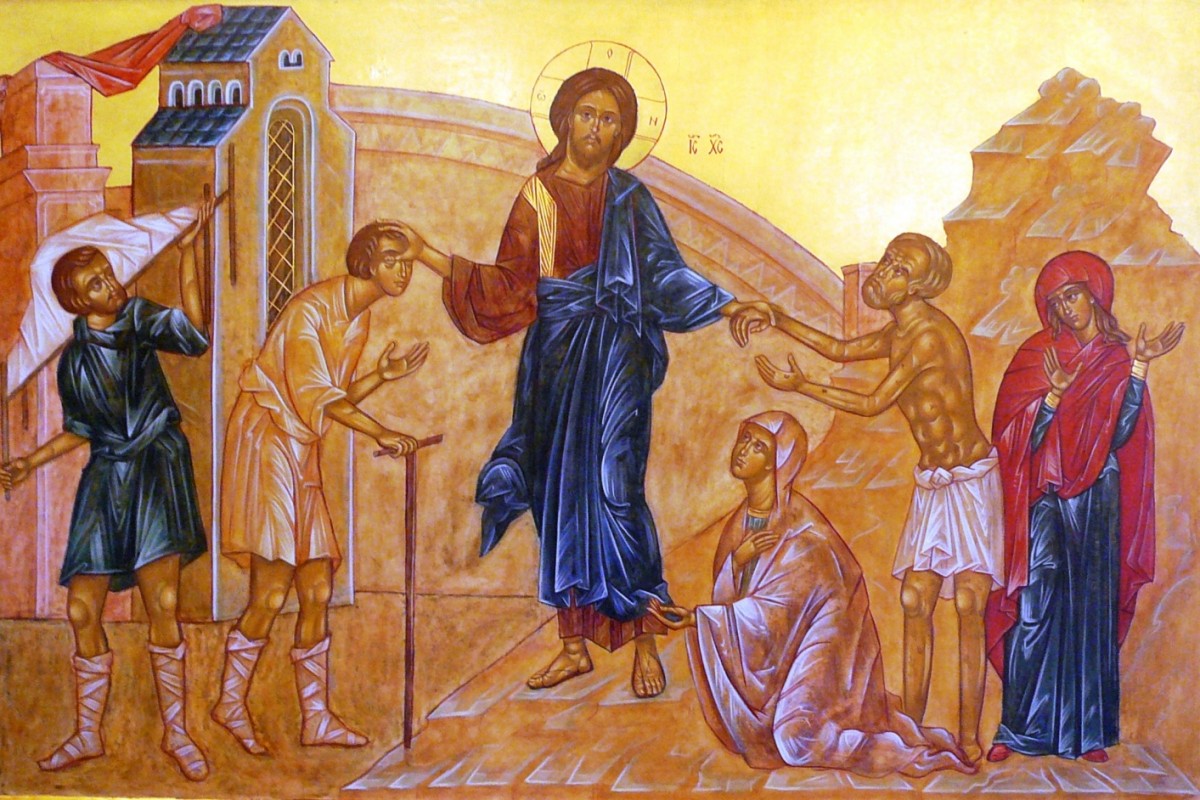 The Gospel reading of the Fifth Sunday of the Great Holy Fast, known as the Sunday of the Paralytic, begins with this simple statement: “After this there was a feast of the Jews, and Jesus went up to Jerusalem” (Jn 5:1).

It is, prima facie, a simple statement that one can easily pass over, but it deserves our attention, for we learn from it more than the obvious fact that our Lord went to Jerusalem for one of the Jewish feasts.

In fact, this statement teaches us about the length of our Lord’s public ministry. Many of us undoubtedly have heard the assertion that our Lord began His ministry at around the age of 30 and offered Himself as a life-giving sacrifice at around the age of 33 for a total period of approximately three years. Where does this assertion come from? It’s not written plainly in the Gospel. The answer is that it comes from the exegesis of the Early Church Fathers and writers who studied the Gospel according to John. They interpreted these references to our Lord attending “a feast of the Jews” as referring specifically to the Feast of Passover. The patristic consensus is largely in supportive of this interpretation, but it is worth noting that the Holy John Chrysostomos thought the feast here in John 5:1 was the Feast of Pentecost. In any event, assuming one accepts the larger patristic consensus, the Gospel according to John reveals that our Lord attended four Passovers after He began His public ministry:

“Now before the Feast of the Passover, when Jesus knew that His hour had come that He should depart from this world to the Father, having loved His own who were in the world, He loved them to the end.” (Jn 13:1).

The last reference from John 13, of course, refers to that fateful Passover in which our Savior would offer Himself as “the Lamb of God Who takes away the sin of the world” (Jn 1:29). As the Holy Apostle declared, “For indeed Christ, our Passover, was sacrificed for us” (1 Co 5:7).

In his work Against Heresies, the Holy Irenaeus of Lyons discusses this timeline in more depth:

It is very surprising how they claim to have found the depths of God and have not searched the Gospels to see how often after his baptism the Lord went up to Jerusalem at the time of the Passover according to the custom of the Jews from every country to assemble every year at this time in Jerusalem and there celebrate the feast of the Passover. The first time he went up to the feast of the Passover was after he had made wine out of water in Cana of Galilee. Of that occasion this was written: For many believed in him, when they saw his signs which he did. That is what John, the disciple of the Lord, recorded. After withdrawing himself, he is found in Samaria, where, too, he disputed with the Samaritan woman and healed the centurion’s son, who was absent, by just a word. Go, he said: Your son will live. After that he went up to Jerusalem for the feast of Passover the second time At that time he healed the paralytic who had been lying beside the pool for thirty-eight years. He commanded him to rise and take up his bed and go home. Again he departed to the other side of Lake Tiberias, where, when a large crowd had followed him, he satisfied that entire multitude with five loaves of bread; and twelve baskets of fragments were left over. Next, when he had raised Lazarus from the dead, and the Pharisees were in ambush plotting against him, he withdrew to the city of Ephraim. Then it is written that six days before the day of the Passover he came to Bethany. From Bethany he went up to Jerusalem and ate the pasch and suffered on the following day. 1

Our Lord’s presence at these four Passover feasts supports the common understanding of His public ministry lasting about three-and-a-half years.

One Response to "The Length of our Lord’s Public Ministry"