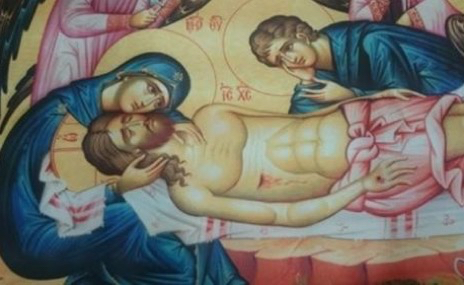 Treat this body with care, I pray you, and understand that with this body you will rise from the dead to be judged. But, if any thought of doubt should steal into your mind, as though the thing were impossible, judge the things unseen from your own experience. For tell me—just think where you were, you, yourself, a hundred or more years ago. From what an extremely small and mean substance have you come to such magnitude of stature and to such dignity of form! Cannot He, who brought what was not into being, raise up again that already in existence which has decayed? Will He, who raises up the corn for us when it dies, year by year, have difficulty in raising up us, for whose sake the corn has been raised? You see how the trees have stood now for so many months without fruit or foliage. But with the passing of winter they return wholly to life again, as though from the dead. Shall not we much more and far more easily live again? The rod of Moses, by the will of God, was transformed into the quite dissimilar nature of a serpent; and shall not man, who has fallen into death, be restored anew?

Attend not to those who say that this body does not rise; for rise it does. Isaia is a witness of this when he says: “The dead shall rise, and those in the tombs shall be raised”; and according to Daniel: “Many of those who sleep in the dust of the earth shall awake, some unto life everlasting and some unto shame everlasting.” Now, while the resurrection is common to all men, it will not be alike for all; for we shall all, indeed, receive everlasting bodies, but not all like bodies. For the just receive them that through eternity they may join the chorus of angels, but the sinners that they may endure the torment due to their sins forever.

For this reason, the Lord, beforehand in His loving-kindness, has granted us the repentance of the laver of baptism, that, by casting off the chief, nay, rather the whole burden of our sins, and receiving the seal of the Holy Spirit, we may be made heirs of eternal life.

Cyril of Jerusalem, The Works of Saint Cyril of Jerusalem, ed. Roy Joseph Deferrari, trans. Leo P. McCauley and Anthony A. Stephenson, vol. 61, The Fathers of the Church (Washington, DC: The Catholic University of America Press, 1969), 133–134.

In this passage, the Holy Cyril of Jerusalem teaches us about the dignity of the human body in light of our Savior’s Resurrection from the dead. His beginning injunction, “Treat this body with care,” is as necessary for us after death as before death, because our bodies are destined to be raised in the fearful Day of Judgment.

One might argue, “But doesn’t Cyril say God is able to raise the dead irrespective of the state of their bodies? Why, then, is it wrong to cremate a body to save on space and cost?” Indeed, the Holy Father makes this point, but the question is not whether God is able to raise a cremated body or not, “For with God nothing shall be impossible” (Lk 1:37). The question, rather, is our own respect for the Temples of God, which are our bodies.