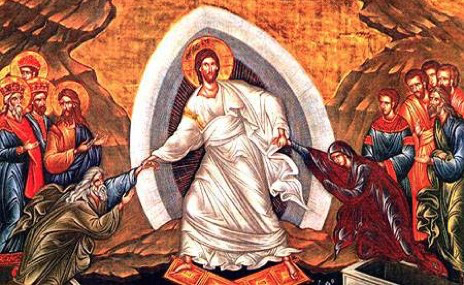 The death on the Cross, then, for us has proved seemly and fitting, and its cause has been shown to be reasonable in every respect; and it may justly be argued that in no other way than by the Cross was it right for the salvation of all to take place. For not even thus—not even on the Cross—did He leave Himself concealed; but far otherwise, while He made creation witness to the presence of its Maker, He suffered not the temple of His body to remain long, but having merely shown it to be dead, by the contact of death with it, He straightway raised it up on the third day, bearing away, as the mark of victory and the triumph over death, the incorruptibility and impassibility which resulted to His body. For He could, even immediately on death, have raised His body and shown it alive; but this also the Saviour, in wise foresight, did not do. For one might have said that He had not died at all, or that death had not come into perfect contact with Him, if He had manifested the Resurrection at once. Perhaps, again, had the interval of His dying and rising again been one of two days only, the glory of His incorruption would have been obscure. So in order that the body might be proved to be dead, the Word tarried yet one intermediate day, and on the third showed it incorruptible to all. So then, that the death on the Cross might be proved, He raised His body on the third day. But lest, by raising it up when it had remained a long time and been completely corrupted, He should be disbelieved, as though He had exchanged it for some other body—for a man might also from lapse of time distrust what he saw, and forget what had taken place—for this cause He waited not more than three days; nor did He keep long in suspense those whom He had told about the Resurrection: but while the word was still echoing in their ears and their eyes were still expectant and their mind in suspense, and while those who had slain Him were still living on earth, and were on the spot and could witness to the death of the Lord’s body, the Son of God Himself, after an interval of three days, showed His body, once dead, immortal and incorruptible; and it was made manifest to all that it was not from any natural weakness of the Word that dwelt in it that the body had died, but in order that in it death might be done away by the power of the Saviour.