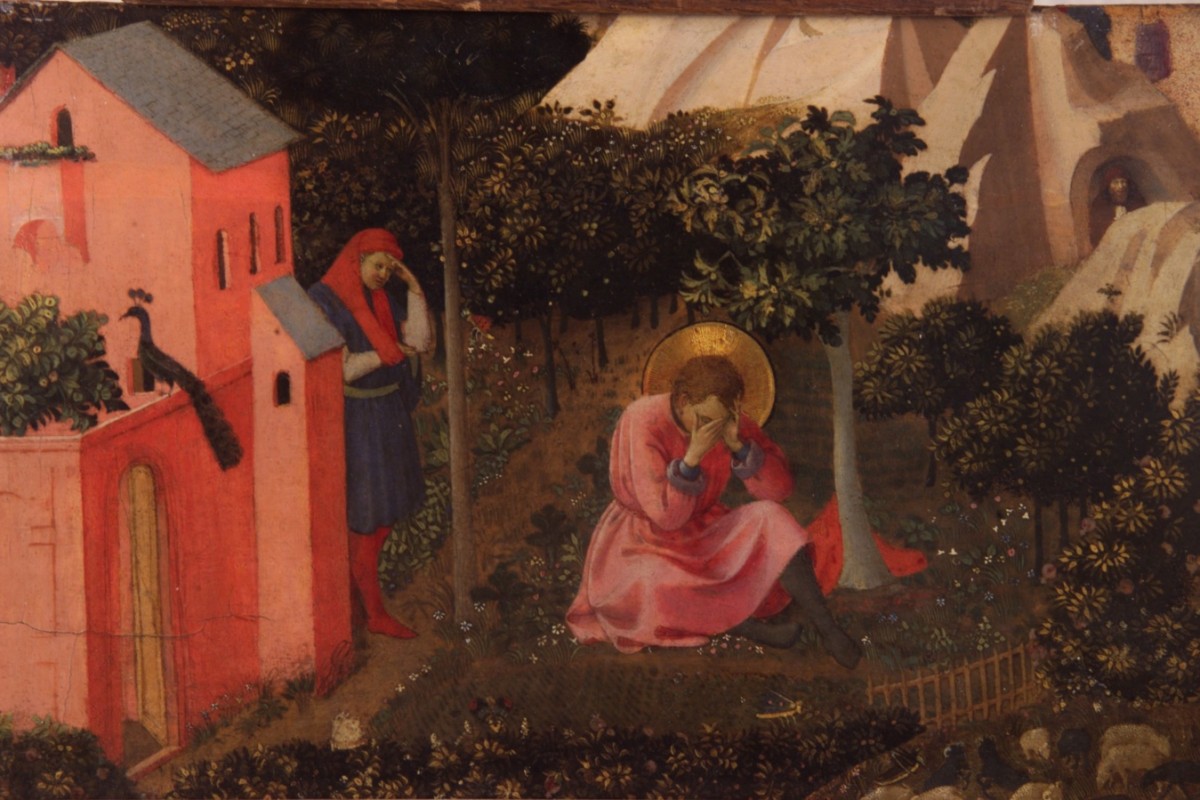 We see, beloved Brethren, that you have come together to-day as for a feast and that for this day you have gathered here in greater numbers than usual. We urge you to remember what you sang a moment ago; otherwise it will only mean that your tongue made some noise while your heart remained still. The sounds you have produced in each other’s ears, these it is for your love to reproduce with loud voice in the ears of God. Now, this is what you were singing: Save us, O Lord, our God; gather us from among the Gentiles that we may give thanks to Thy holy name. 1 On this day the Gentiles celebrate their festival with worldly joy of the flesh, with the sound of most vain and filthy songs, with banquets and shameless dances. If what the Gentiles do in celebrating this false feast does not please you, then you will be gathered from among the Gentiles.

The simple fact, therefore, that a man believes, hopes, and loves does not mean that he is saved forthwith. For it makes a difference what he believes, what he hopes, and what he loves. It is quite obvious that no-one in any walk of life spends his days without his soul experiencing these three things—believing, hoping, loving. If you do not believe what the Gentiles believe, do not hope what the Gentiles hope, do not love what the Gentiles love, you are gathered from among the Gentiles, you are segregated, that is, you are separated from the Gentiles. And in the face of all that separates you in soul, you must not let the physical contacts you make frighten you. For what, for instance, could be accounted a greater separation than the fact that those people believe in demon gods, while you believe in Him who is the one and true God? That they hope in the foolish things of the world, while you place your hope in eternal life with Christ? That they love the world, but you love the Artisan of the world? Let him, then, whose faith, whose hope, whose love is different from theirs, prove it by his life, show it by his deeds.

Do not forget—our Lord Jesus Christ, the Son of God, Who became man for our sakes, has paid a price for us. It was His price, His own, that He paid. His reason for paying it was that He wished to redeem us, to gather us from among the Gentiles. But if you associate with the Gentiles, you do not want to follow Him Who has redeemed you. You associate with the Gentiles by the life you live, by your deeds, your heart; by believing as they do, by hoping as they do, by loving as they do. You prove yourself ungrateful to your Redeemer, you do not acknowledge the price paid for you—the Blood of the Immaculate Lamb. 3 That you may, therefore, follow your Redeemer who has redeemed you with His Blood, you must not be associated with the Gentiles by behaving and acting like them.

They give New Year’s presents: you give alms! They entertain themselves with debauched singing: find your entertainment in the words of the Scriptures! They run to the theater: you go to church! They get drunk: you practice fasting! If you cannot fast to-day, at least eat with moderation. If you do this, you have sung rightly, Save us, O Lord, our God; and gather us from among the Gentiles.

Christians separate themselves from the pagans by pious works. False gods are pleased with the evil behavior of their worshippers

And so, many will struggle to-day in their hearts with the words they have heard. For we said, “Do not give New Year’s presents; give to the poor.” It is not enough that you give only so much; give even more. You do not want to give more? Well, give at least that much.

But you say to me, “When I give New Year’s presents, I receive them in return.” What? When you give to a poor person, do you receive nothing in return? Surely, you do not believe what the Gentiles believe; surely, you do not hope what the Gentiles hope. But if you say that you receive nothing when you give to a poor person, then you belong to the Gentiles; you have had no reason to sing, Save us, O Lord, our God; and gather us from among the Gentiles. Do not forget that rule which says, He that giveth to the poor shall never want. 4 Have you already forgotten what the Lord is going to say to those who have given to the poor—Come, ye blessed of my Father, take possession of the kingdom? 5. And what He will say to those who have not given—send them into everlasting fire? 6

Now, there certainly are among you those who liked to hear His words, standing with others who did not like to hear them. I am now speaking to true Christians: if your faith is different from that of others, if your hope is different, if your love is different, then lead different lives and show by your different conduct that your faith, hope, and charity are really different. Hear the forceful reminder of the Apostle: Bear not, he says, the yoke with unbelievers. For what participation hath justice with injustice? Or what fellowship hath light with darkness?… Or what part hath the faithful with the unbeliever? And what agreement hath the temple of the Lord with idols? 7 And in another place he says: For the things which the heathens sacrifice, they sacrifice to devils, and not to God. I would not that you should be made partakers with devils. 8 Their gods, therefore, are pleased by their behavior. But he who said, I would not that you should be made partakers with devils, wanted his addressees to separate themselves, by their life and by their behavior, from people who serve demons. For the devils referred to are truly delighted by a worthless show and all the foul things that happen in the theaters, by the folly of the circus, the cruelty of the amphitheater, the spirited rivalries of men who take up strifes and contentions by championing people bent only on mischief—a mimic, an actor, a pantomime, a charioteer, a fighter in the arena. Those who do these things are, as it were, taking incense from their hearts and placing it before devils. For the seducers of the spirit rejoice over those seduced, and they feed upon the evil behavior and the filthy and infamous lives of those whom they have seduced and deceived.

But you, as the Apostle says, have not so learned Christ, if so be that you have heard Him and have been taught in Him. 9 Be not therefore partakers with them. For you were heretofore darkness, but now light in the Lord. Walk then as children of the light, 10 so that we, too, who preach the Lord’s word to you, may be able to rejoice with you and because of you in that light eternal.