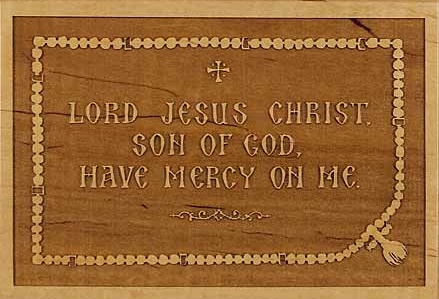 “But why,” someone asks, “are some punished here, but others only hereafter and not at all here?”

Why? Because if all were punished here, we would all have perished, for we all are subject to penalties. On the other hand, if no one were punished here, most people would become too careless, and many would say that there is no providence. For, if now, although they see many of the wicked being punished, they utter many blasphemies of this kind, if this were not so, what would they not say? How far would they not go in evil? For this reason God punishes some here, but does not punish others. He punishes some, cutting short their evil ways, and making their retribution hereafter the lighter, or even completely releasing them, and making those who live in wickedness better by the punishment of these people. Others, however, He does not punish, so that if they attend to themselves, repent, and respect God’s forbearance, they may be freed from both the punishment here and the retribution hereafter; but if they persist, without benefiting from God’s tolerance of evil, they may undergo a greater retribution because of their great contempt.

But if someone of those who profess knowledge should say that those who are punished are treated unfairly, for they could have repented, we would say this, that if God had foreknown that they would repent, He would not have punished them. For if He lets off those who He knows are remaining uncorrected, all the more He would have left alone for the present life those who He knew would benefit from His forbearance, so that they might use the respite for repentance. But as it is, catching them in advance, He both makes their penalty lighter hereafter and improves others by their punishment. And why does He not do this for all the wicked? In order that waiting in apprehension brought on by fear at the punishment of others they may become better, and praising God’s forbearance and respecting His gentleness they may desist from wickedness. “But they do nothing of the kind,” someone says. But God is not to blame for the rest, but their own heedlessness, because they are not willing to use such powerful medicine for their own salvation.

To learn that this is His reason, attend: Pilate once mixed the blood of the Galileans with the sacrifices, and some people came and reported this to Christ. He said, “Do you think that only those Galileans were sinners? I tell you, No; but unless you repent you will likewise perish.” Another time eighteen people fell down in the collapse of a tower, and He said the same thing about them; for in saying, “Do you think that only those were sinners? I tell you, No,” He showed that the living also deserved the same punishment; and in saying, “Unless you repent you will likewise perish,” He showed that God had allowed them to suffer for this purpose, in order that the living might be frightened by what happened to others, and might repent and become inheritors of the kingdom. “What? Is that man punished,” someone asks, “to make me better?” Not for this reason, but he is punished for his own sin. But in addition he becomes a means of salvation for those who pay attention to him, making them more diligent for fear of what happened to him. Masters also do the same; often by beating one servant they have made the rest behave better out of fear.

When you see people either suffering from shipwreck or crushed by a house or burned to death in a fire or swept away by rivers or losing their lives by any other such violent means, then when you see others committing the same sin or even worse than theirs, and suffering no misfortune, do not be confused, saying, “Why, when they commit the same sins, do they not suffer the same consequences?” But consider this, that He has allowed one person to be taken away and put to death, preparing for him a lighter retribution hereafter, or even completely releasing him; but He has not permitted another to suffer anything like this, in order that he may be brought to his senses by this man’s punishment and may become better. But if he remains in the same sins, he will gather for himself an unrelieved retribution by his own heedlessness. And God is not to blame for his unendurable punishment.

Again, if you see a righteous person suffering tribulation or all the misfortunes which we have mentioned, do not lose heart: his misfortunes are preparing more brilliant crowns for him.

In summary, every punishment, if it happens to sinners, reduces the burden of sin, but if it happens to the righteous, makes their souls more splendid. A great benefit comes to each of them from tribulation, provided that they bear it with thanksgiving; for this is what is required.