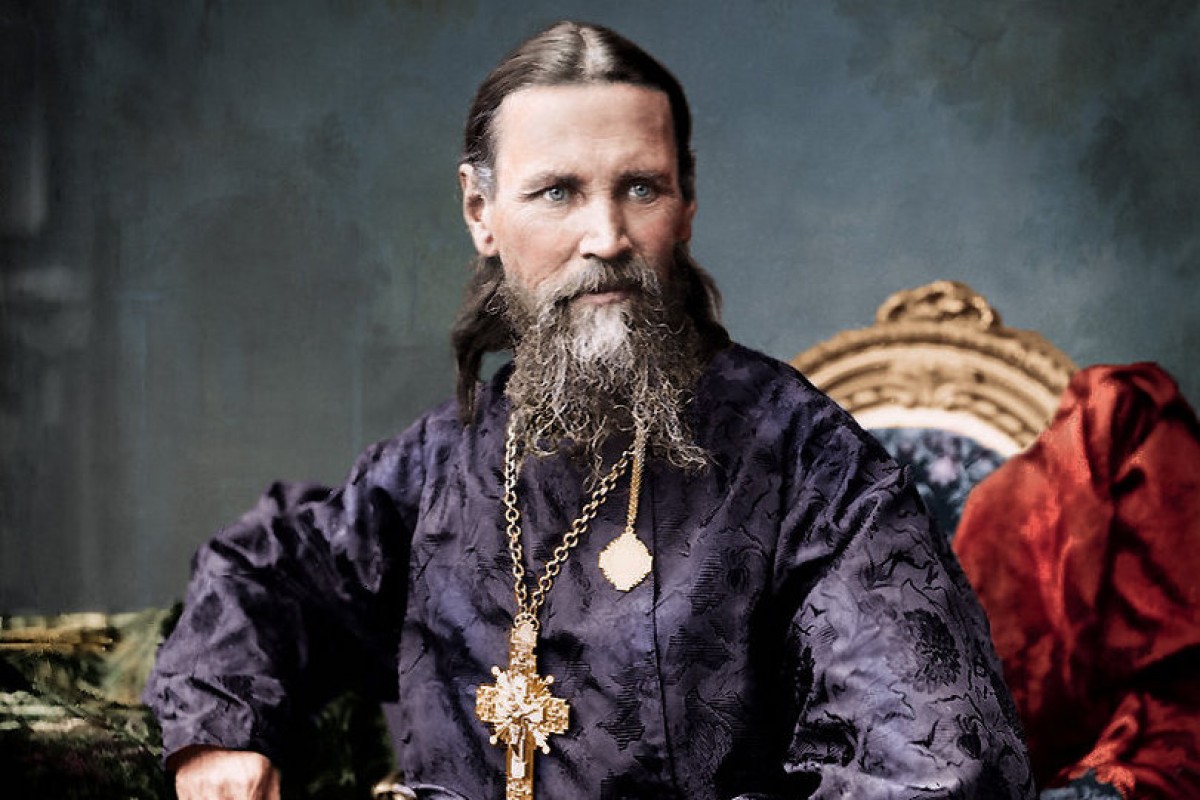 These are the words of the King and Prophet David. With these words, he said that God created the wisest minds, the fleshless spirits, servants loyal to Him, who burn with eternal love for God, fulfill God’s will and abide in the unapproachable light of the Throne of Glory. The Lord created the angels as wise, powerful, eternally holy, purity and within Divine truth. Ponder this, dear brothers and sisters, delve into this with your minds. The Lord divided all the angels into nine orders, or ranks: the thrones, the dominions, principalities, powers, authorities and others; they all obey each other—the lower orders obey the higher orders. In the likeness of the heavenly hierarchy, the Lord established three ranks in the Church Militant: the bishops, priests and deacons, who also obey each other.

God created an innumerable multitude of angels. When you came to liturgy this morning, maybe someone among you looked into the sky and saw how many stars fill the heavens. There are so many stars that it seems that the sky is filled with poppy seeds. No mortal can count them all. As one cannot count the stars in the heavens, so can one not count the number of holy angels. One star shines brighter, another less so, but each of them is greater than our world, larger than the Earth, this is known and has been proven.

The countless multitude of angels abide in the heavens, in the presence of God, fulfill God’s will and eternally glorify God. Some of them are appointed by God to humans, these are our guardian angels who protect people throughout their lives, from baptism until death, keep evil away from them and direct them to all truth and goodness. If a person lives righteously, lives well, he will feel this himself. Think, dear brothers and sisters, how close angels are to us!

Angels are not prone to sin, they cannot even think sinful thoughts—their notions and desires are pure. They are imparted with all perfection, they are always wise, always strong, always good. They firmly established themselves in love for God, in holiness and truth and do not fall into sin, only some of them, a third overall, saddened the Lord with their disobedience and could no longer be citizens of the heavens; they were cast down by God. And you, my friends, should emulate the angels loyal to God, and after being citizens of the earthly fatherland, you will become co-citizens with them of the heavenly fatherland. Emulate the angles, especially since you are created in the image of God; this gift is common to angels and men. Honor the angels, my friends, imitate their holiness, their love and devotion to God, and you will be worthy of the blessed live in heaven together with them. Amen.