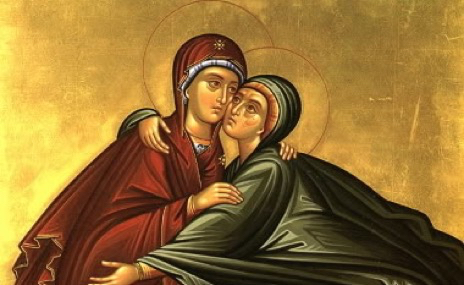 Despite the misunderstandings and political influences which caused the condemnations of the past, they are able now to continue together defending and witnessing the Orthodox faith.

They have jointly confessed that our Lord Jesus Christ is Himself the eternal only begotten Son of the Father who became man for us and for our salvation and was born from the blessed virgin St. Mary in the fullness of time. Thus the Word of God (the Logos) has two births, and that is why the blessed Virgin is called “Theotokos”. The two families have also confessed together that the eternal Son of God had united to His Divine nature, the perfect human nature which He took from Saint Mary. The union is confessed to be according to nature in His one simple person. That is why the union is a hypostatic union.

The two families have also always confessed that the union of the natures is without mingling, without change, without confusion. The natures, i.e. the divinity and humanity, out of which the incarnate Word of God was composed, continued to exist in the union. Those who spoke of the two inseparable natures in Christ are expressing the continuity of their existence without change, and those who spoke about one incarnate nature are expressing the state of their existence, since oneness is the normal expression of any union even when there is no mingling, change or confusion.

Both families agreed together that the Logos incarnate is the subject of all willing and acting of Jesus Christ. All the properties and functions of the Divine nature, including natural will and natural energy, are inseparably and unconfusedly united with the human nature with all its properties and functions including natural will and natural energy.

We can notice that those councils have equally condemned the Nestorian and the Eutychian heresies which the Oriental Orthodox have also condemned.

The condemnation of the person and teachings of Theodore of Mopsuestia which was conducted in the second Council of Constantinople (533) was a monumental historical event which became an important support to the continuing struggle of Orthodoxy against Nestorianism. Today in the Nestorian controversy there is a severe attack against that council, and many Western theologians are trying to eliminate its teaching and cancel its decisions against the Nestorians. The Oriental Orthodox are presently defending those decisions perhaps more than some of the Orthodox.

When we go back to the situation at the time of Saint Cyril of Alexandria after the Ecumenical Council of Ephesus (431) and after the reconciliation with John of Antioch, we can notice that the Nestorians in the East were trying to bring Nestorianism back by propagating the writings of Theodore of Mopsuestia. Saint Cyril was severely offended by those events and he wrote several letters warning from the increasing danger encountered in this movement. He wrote to Bishop Acacius of Melitine (letter no. 69), to the clerics and to Lampon the priest (letter 70) and to Emperor Theodosius (letter 71) against the teachings and books of both Diodore of Tarsus and Theodore of Mopsuestia. But in order to avoid a new storm in the church after the storm caused by the condemnation of Nesotrius, Saint Cyril was not in a position to act in anathematizing Theodore of Mopsuestia and his books, the thing which was successfully done in the Second Council of Constantinople (533). We have to praise the Lord for this great achievement.

We quote from the letter of Saint Cyril to the Emperor Theodosius: “There was a certain Theodore and before him Diodore, the bishop, the latter of Tarsus, the former of Mopsuestia. These were the fathers of the blasphemy of Nestorius. In books which they composed they made use of a crude madness agianst Christ, the Savior of us all, because they did not understand His mystery. Therefore, Nestorius desired to introduce their teachings into our midst and he was deposed by God. However, while some bishops of the East anathematized his teachings, in another way they now introduce these very teachings again when they admire the teachings which are Theodore’s and say that he thought correctly and in agreement with our Fathers. I mean, Athanasius, Gregory and Basil. But they are lying against holy men. Whatever they wrote, they are the opposite to the wicked opinions of Theodore and Nestorius. Therefore, since I have learned that they may bring certain matters concerning these men even to your pious ears, I ask that you preserve your souls entirely intact and clean of the impieties of Theodore and Diodore. As I said above just now, Nestorius stated the teachings which are those of these men, and for this he was condemned as impious by the general council assembled at Ephesus according to the will of God. Since they pretend that they confess the creed which was set forth in the great and ancient synod at Nicaea, but distort its meaning by a false interpretation, the orthodox archimandrites of the East have asked that I explain the meaning of the creed and it has been interpreted (in Letter 55)”.

It is worthy to note that Pope Dioscorus of Alexandria came into office when the situation in the East was extremely offending to the successor of Saint Cyril. Any claim about the Eutychian tendency of this great Patriarch is not true, since he himself said at the Council of Chalcedon that if Eutyches is not truly orthodox he is ready to accept his condemnation, the matter which his successor Timothy (Aelurus) of Alexandria has accomplished in the Third Council of Ephesus (475) in which five hundred bishops were present and where Eutychian teachings were anathematized, the same thing which was done during the Council of Chalcedon, and could have been done by Pope Dioscorus, if he was permitted to continue his duties during that council. The lack of condemnation of the writings of Theodorete of Cyrus and Ibas of Edessa against the teachings of Saint Cyril, was later performed in the second Council of Constantinople (553).

It became a misnomer used against the followers of Pope Dioscorus that they are monophysites. On the contrary they always confessed the continuity of existence of the two natures in the one incarnate nature of the Word of God. Non of the natures ceased to exist because of the union and the term “Mia Physis” denoting the incarnate nature is completely different from the term “Monophysites”. Perhaps the correct nomination should have been the “Cyrillian” or the “Miaphysites” instead of the “Monophysites”. For example when we say monogenis we mean that there is a single and unique Son of God Who is consubstantial with the Father. The Oriental Orthodox do not believe in a single nature in Jesus Christ but rather a united divine- human nature.

To conclude our Oriental Orthodox people should realise that the Orthodox can never be Nestorians since they have condemned the Nestorian teaching of the union of two persons in an external union in Jesus Christ and confessed that the Word of God came in His Own person. It is also clear that the Orthodox interpretation of the teachings of the four later councils of the Orthodox are the same as the doctrine of the Oriental Orthodox who have always refused both the Nestorians and Eutychian heresies. The two families are called to reinforce each other in their struggle against heresies and to complete each other as one body of Jesus Christ our Lord and Savior.

The positive response of the Oriental Orthodox to the Orthodox interpretation is identified by the lifting of anathemas against Orthodox Fathers and Councils, as well as taking use of every positive element in the teaching and acts of the four later councils of the Orthodox.

His Eminence is the Coptic Orthodox Metropolitan of Damiette and a known theological and ecumenical scholar around the world. Article graciously contributed by Mina Soliman.