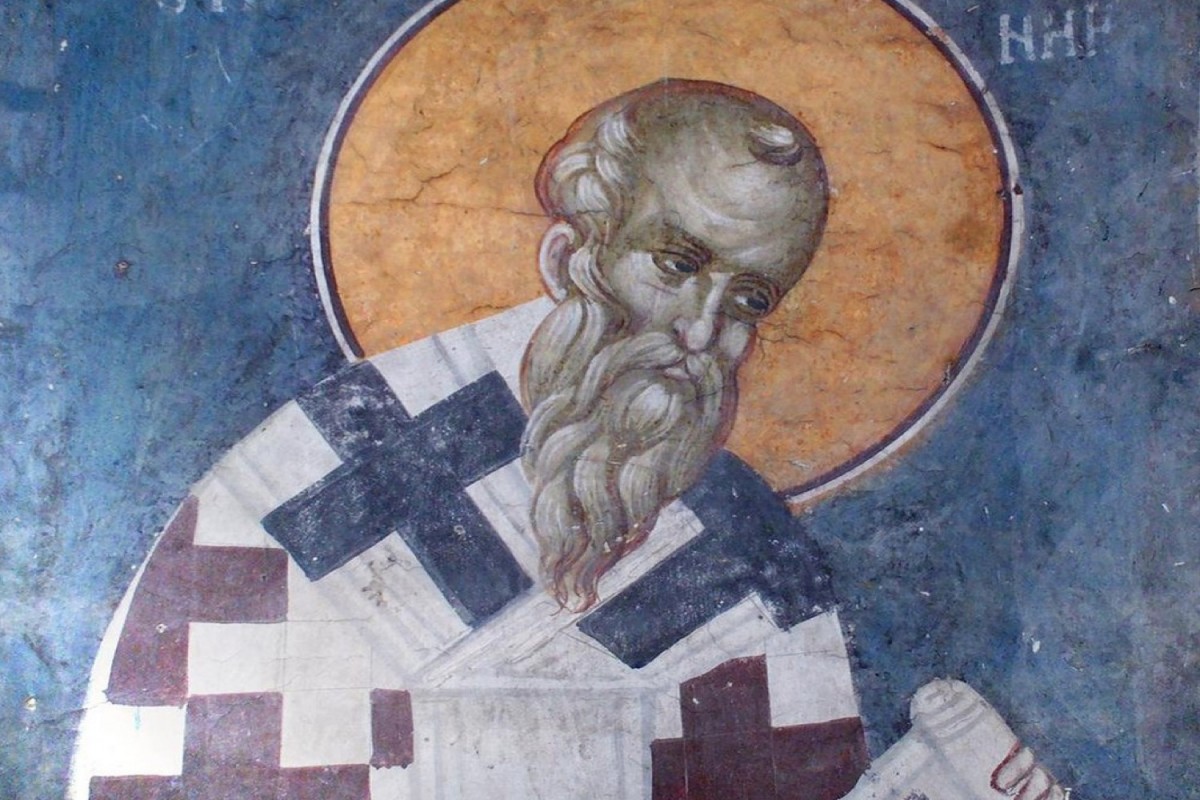 On this day, the Coptic Orthodox Church would have celebrated the Feast of the Holy Epiphanios, Bishop of Cyprus. Of course, our focus is on the celebration of the Resurrection of our Savior, so we do not remember him liturgically, but it is nonetheless meet to learn from his life insofar as we are able.

The following is an excerpt from the Early Church historian Sozomen’s account of Epiphanios’ miracles.

The Miracles of Epiphanios

Epiphanios was at this period at the head of the metropolitan church of Cyprus. He was celebrated, not only for his virtues and miraculous deeds during life, but also for the honor that was rendered to him by God after his death; for it is said that demons were expelled and diseases healed at his tomb. Many wonderful actions are attributed to him, of which the following is one of the most remarkable that has come to our knowledge.

1. The Miracle of His Generosity

He was extremely generous towards those who had suffered from shipwreck or any other calamity; and after expending the whole of his own patrimony in the relief of such cases, he applied the treasures of the church to the same purpose. These treasures had been greatly increased by the donations of pious men of various provinces, who had been induced by their admiration of Eusebius to entrust him with the distribution of their alms during their lives, or to bequeath their property to him for this purpose at their death.

It is said that on one occasion the treasurer, who was a godly man, discovered that the revenues of the church had been nearly drained; and so little remained in the treasury, that he considered it his duty to rebuke the bishop for his extensive generosity. Epiphanios, however, notwithstanding these rebukes, gave away the small sum that had remained. Immediately, a stranger went to the treasurer and placed in his hands a bag filled with gold. As it is very seldom that such generosity is practiced in secret, the whole transaction was regarded as the work of God.

I shall now relate another miracle that is attributed to Epiphanios. I have heard that a similar action has been related of Gregory, formerly bishop of Neocæsarea; and I see no reason to doubt the veracity of the account: but it does not disprove the authenticity of the miracle attributed to Epiphanios. Peter, the Apostle, was not the only man who raised another from the dead; John, the evangelist, wrought a similar miracle at Ephesus, as did likewise the daughters of Philip at Hierapolis. Similar actions have been performed in different ages by the men of God. The miracle which I wish to instance is the following.

2. The Holy Epiphanios and the Two Beggars

Two beggars, having ascertained when Epiphanios would pass that way, agreed to extract a larger donation than usual from him by having recourse to stratagem; as soon as the bishop was seen approaching, one of the beggars flung himself on the ground and simulated death; the other uttered loud lamentations, deploring the loss of his companion, and his own inability to procure him the rite of burial. Epiphanios prayed to God that the deceased might rest in peace: he gave the survivor sufficient money for the interment, and said to him, “Take measures, my son, for the burial of your companion, and weep no more; he cannot now arise from the dead; the calamity was inevitable, therefore you ought to bear it with resignation.” Saying these words, the bishop departed from the spot. As soon as there was no one in sight, the beggar, who had addressed Epiphanios, touched the other with his foot, as he lay extended on the ground, and said to him, “You have well performed your part; arise now, for through your labour we have a good provision for today.” He, however, returned no answer to this address, and as he appeared incapable of speech or motion, the other beggar ran after Epiphanios, wept, and tore his hair, confessed the deception that had been practiced, and besought him to restore the dead man to life. Epiphanios merely exhorted him to submit with patience to the catastrophe, and sent him away. God did not raise the dead beggar to life, because, I feel persuaded, it was His design to show that those who practice deception on His servants, are accounted as guilty of the fraud as if it had been perpetrated against Him Who sees all, and Who hears all.