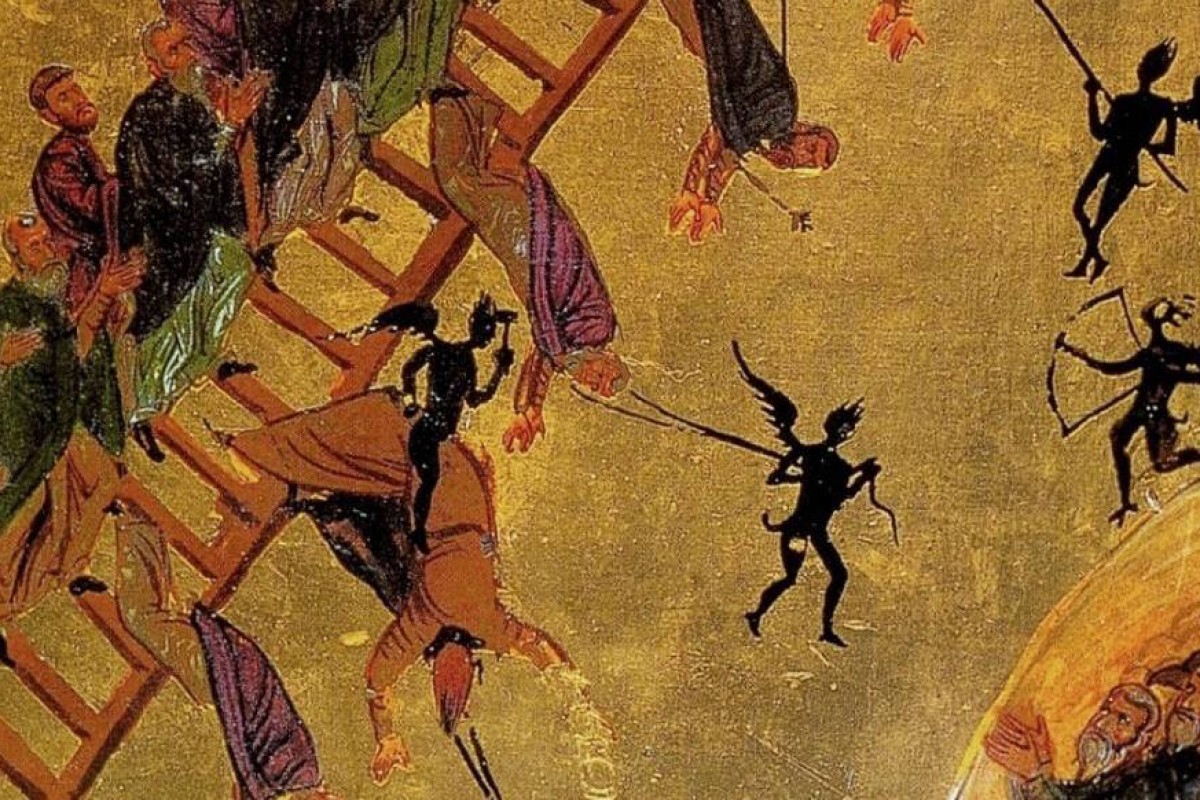 On October 5, the Governor of California, Jerry Brown, signed a new law that confers what is known as the “right to die” upon people living in this state.

The media has done an exceptionally good job in distorting the meaning of this law for Christians. The Associated Press, for example, is careful to note that Gov. Brown is a “lifelong Catholic and former Jesuit seminarian” who signed the law after discussing the issue with a single, unnamed Catholic bishop. We are to believe, therefore, that, somehow, this newly created “right to die” is something that might be accepted by the Holy Church, but this is not the case.

The “right to die” conferred by today’s secular law is against the Christian faith. To be clear, I am speaking only of the scenario in which a person with all of his faculties and reason makes a conscious decision to terminate his own life. 1

As Christians, we know that God formed us in His Image and according to His Likeness (Gen. 1:26). Every human person is thus made up of at least a body and a soul. 2 When God created the first man, Adam, he became alive only when God breathed the breath of life into the body made from the dust of the ground (Gen 2:7). From this moment, Adam became a living being, a human person in the fullness of that phrase. It is clear, therefore, that life comes from God, which is why the prayers of the Church routinely refer to Him as the “Author of Life” or the “Source of Life.”

Since we did not choose to receive life, we are not free to choose death. The life He has given us is a free gift, and contrary to the way of the world, we believe also that death is His gift, because it is our birth into eternal life. Writing in the third century, the Early Christian writer (and Western Father), Lactanius, outlined the Church’s established teaching on this:

If homicide is wicked because it is a destroyer of a man, he who kills himself is fettered by the same guilt because he kills a man. In fact this ought to be judged a greater crime, the punishment of which belongs alone. For, just as we came into this life not of our own accord, so departure from this domicile of the body, which was assigned to our protection must be made at the order of the same One Who put us into this body, to dwell therein until He should order us to leave. 3

So serious was this form of willful suicide that funeral prayers were prohibited for the person who committed such a crime. In the time of the Holy Augustine, for example, the funeral of a person who died naturally oftentimes involved the Eucharist and additional prayers and readings whereas the funeral of a suicide was completely silent. 4

It is not difficult to understand why the Holy Church had such a harsh response to suicide: it is a sin against the providence of God, because a person willingly terminates the life that God gave him in order to work out his salvation. Our Savior gives us the example of working “while it is day” for “the night cometh, when no man can work” (Jn. 9:4). Suicide is essentially bringing the night upon oneself. We simply don’t have the power to decide such questions of life and death in our lives, because, as the Holy Apostle Paul reminds us, “For none of us liveth to himself, and no man dieth to himself. For whether we live, we live unto the Lord; and whether we die, we die unto the Lord: whether we live therefore, or die, we are the Lord’s” (Ro 14:7–8). Elsewhere, his warning is more severe to those who would dare hurt themselves: “If any man defile the temple of God, him shall God destroy; for the temple of God is holy, which temple ye are” (1 Co 3:17). Fundamentally, suicide is an act against our very nature, as the Holy Apostle reminds us, “For no man ever yet hated his own flesh; but nourisheth and cherisheth it, even as the Lord the Church” (Eph 5:29).

If the Christian faith is so clear about this, then what is going on? How can a “lifelong Catholic and former Jesuit seminarian” come to this decision?

The answer lies in the real basis of Gov. Brown’s decision. In light of the passages above and the 2,000 year old Tradition of the Church against suicide, it is obvious the governor did not reach this decision on the basis of the teachings of his own faith, even if he did confer with a single, unnamed bishop. Since when are moral issues like this decided by a single bishop anyway? It took several Ecumenical Councils to outline the Church’s teachings on the Nature of Christ, and now we have a governor and a single bishop conferring to ignore the Lord’s teaching concerning suicide?

The real basis of Mr. Brown’s decision, sadly, is his own opinion, which he has exalted above the teachings of the Holy Church. He admitted it when he said this law forced him to consider “what I would want in the face of my own death.” He went on to say, “I do not know what I would do if I were dying in prolonged and excruciating pain. I am certain, however, that it would be a comfort to be able to consider the options afforded by this bill.”

“What I would want.” Therein lies the problem. Obviously, there are many things that we human beings want, but that does not give us the right to redefine the truth that God has revealed to mankind. I don’t doubt Gov. Brown’s sincerity in trying to help those who are suffering from terminal illnesses, but ultimately, this is not the right way. There is no comfort in making a decision contrary to the will of God.

How, then, are terminally ill people supposed to cope with their tragic circumstances?

First and foremost, by not exercising this new “right to die.” To Gov. Brown and the California legislature, we say, “No, thank you.” As Christians, we will never accept any worldly ruler or government giving us such “options” that God Himself did not give us.

Second, by remembering that, in some cases, God will permit severe suffering at the end of our lives in order to humble and purify our souls so that we will be ready to meet Him. This suffering, while difficult to see and experience, is actually part of His love for mankind, because He wants us to be with Him in His eternal Kingdom.

Third, by accepting that reality. This is perhaps the main problem today. Many people profess themselves to be Christians while refusing to actually do what Christ commanded. It is not a new problem. In the 15th c., Thomas á Kempis famously wrote in chapter 11 of his medieval classic, The Imitation of Christ,

Jesus has now many lovers of His heavenly kingdom, but few bearers of His Cross. Many He has who are desirous of consolation, but few of tribulation. Many, He finds, who share His table, but few His fasting. All desire to rejoice with Him. Few are willing to endure anything for Him. Many follow Jesus onto the breaking of bread, but few to the drinking of the cup of His passion. Many reverence His miracles, few follow the shame of His Cross. Many love Jesus so long as no adversities befall them; many praise and bless Him so long as they receive any consolation from Him, but if Jesus hide Himself and leave them but for a little while, they fall either into complaining or to dejection of mind. But they who love Jesus for the sake of Jesus, and not for some special comfort of their own bless him in all tribulation and anguish of heart, as well as in the highest comfort.

These are the temptations we must avoid if the Lord calls us to suffer with terminal illness. They all involve sacrificing our will to the will of God for the sake of our salvation. Killing ourselves when things appear hopeless is simply not an option.

Fourth, by striving to be more involved in the sufferings of others in order to bestow upon them the hope and comfort found in Christ. As the Holy Apostle wrote to the Church at Colossae, “Who now rejoice in my sufferings for you, and fill up that which is behind of the afflictions of Christ in my flesh for His Body’s sake, which is the Church” (Col 1:24). We, too, must fill up in our own flesh the sufferings of others, for these truly make up what is left of Christ’s own suffering.

In the end, California’s “right to die” is a right to really die, both physically and spiritually. As God told Adam in Paradise, to disobey His holy commandments was to die. Similarly, to exercise this right, which is contrary to the will of God, is to really die on more than one level.

For all these reasons, we Christians refuse California’s newfound “right to die” and pray for all those who are struggling with the affliction of terminal illness.

7 Responses to "The Right to Really Die"