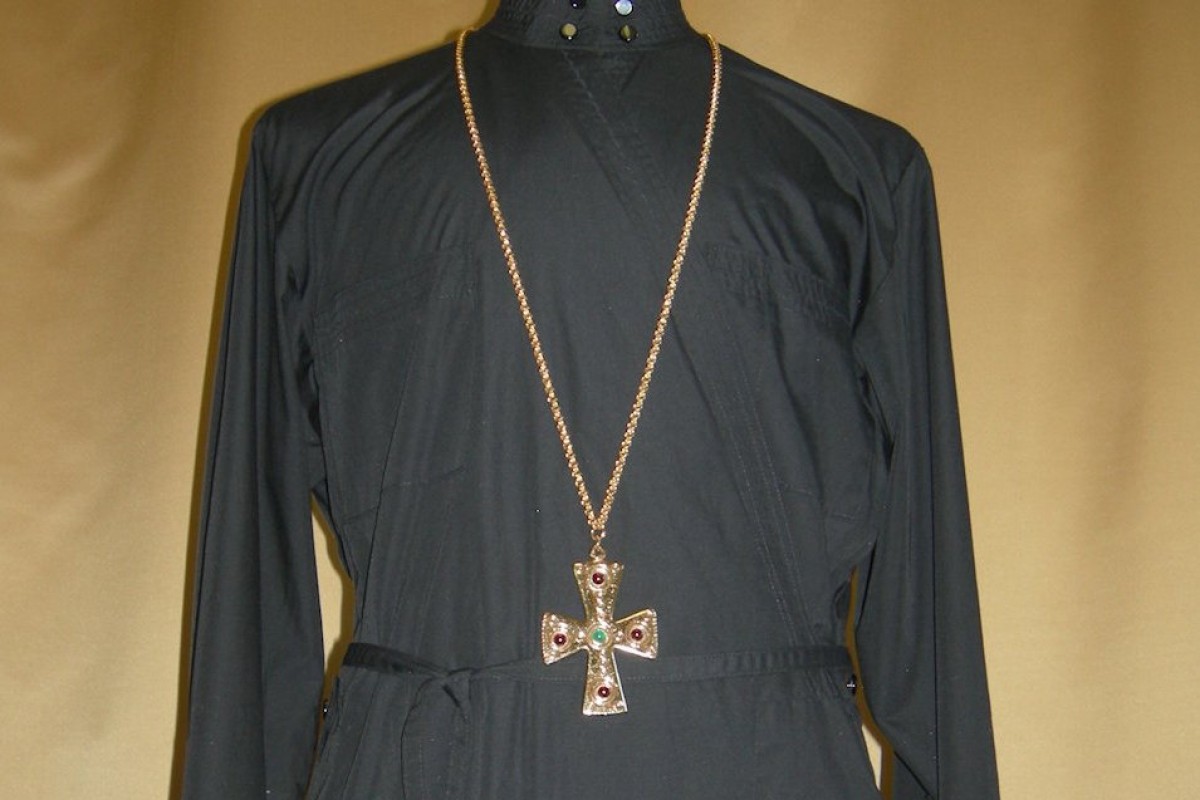 One of the most disturbing ideas I’ve heard in the recent push to “modernize” the Coptic Orthodox Church and make it more “attractive” to people in today’s society is the idea of priests putting aside their priestly cassocks in favor of pants, shirts, and collars, like other western clergy.

The general arguments in favor of abandoning the priestly cassock essentially argue that it is too traditional to the point of alienating people in modern society. “It was okay for times past when everyone dressed like that,” they argue, “but not for modern society.” I have even heard a priest say it reminds people of ISIS and Al-Qaeda! For the well-intentioned people who hold these views, the priestly cassock is a stumbling block that prevents clergy from fulfilling their calling and ministry in modern society.

How surprising it is, therefore, when a writer for Esquire, a popular worldly men’s magazine, proves their arguments wrong.

In his August 24, 2015 article entitled, “What Happened When I Dressed Like a Priest,” Tom Chiarella describes an experiment he conducted by going out into the streets of Chicago dressed like a traditional Catholic priest. 1 His experience is valuable in understanding whether the arguments in favor of abandoning the priestly cassock are correct.

What did he find out?

In his experience, the priestly cassock attracted people; it did not alienate them, as some people believe. Mr. Chiarella wrote,

On a bright summer’s day, in a sprawling city, a priest in a cassock is a thing to behold. People draw out their eye contact with a priest. They give nods or bow just a smidge. Or they stare. Openly. Respectfully. Distantly…Twenty-three blocks and the world could not take its eyes off me. A priest, striding north.

Of course, priests do not seek attention for attention’s sake, but clearly, this kind of attention can help a priest in his ministry to the world.

When a priest is out and about in the city or town, some of the attention he receives undoubtedly comes from the curious or the condescending, but a great deal of it comes from sincere people who seek God.

In my own experience wearing the priestly cassock in common places like gas stations, restaurants, subway stations, and shops, I have been blessed to interact with countless people who come to ask for prayers, understand the Orthodox faith, and discuss the sad state of the world or even common topics, like the weather. Some of the most touching comments I’ve heard were the simple ones: “Good for you, father! I’m glad you’re out and about in your cross. God bless you!” These words come from people who are thirsty for the visible presence of Christ and His Church in an increasingly secular world. They’ve had their share of secularism and have realized that it didn’t make them happy, but on the contrary, it plunged them deeper into emptiness and despair.

A man in a priestly cassock, armed with the Cross of our Savior and a message of hope, can make a world of difference.

Not only does the priestly cassock attract people, it establishes an intimate connection between them and the priest. Mr. Chiarella wrote,

Generally, when you wear a uniform, no one will touch you. Except the priest. People will touch a priest. On the wrist mostly. It happened to me twelve times, just a tap in the middle of a conversation. An assertion of connection, an acknowledgment of some commonality I could not fathom…Weirdly, the priest’s outfit was the most physically demanding uniform to wear. All day with the hugging, and the kneeling to speak to children, and the leaning in for the selfies.

This, too, has been my experience. How often have I been blessed to pass a little child who looks at me and tells his parents, “He works for the Church!” Oftentimes, it will result in a hug from the boy and a smile from the parents. There have been other times when complete strangers approached me with a special closeness in order to ask for prayers or tell me their sins. I don’t remember a single similar experience in my life before the priesthood. Of course, every single Christian has the God-given responsibility of witnessing in society, being the light of the world, 2 the salt of the earth, 3 and the yeast that leavens the world. 4 These are not responsibilities only for priests. Nonetheless, the priestly cassock greatly helps these things, as Mr. Chiarella experienced:

Especially people in need. All day long, I was faced with homeless men, homeless families, crouched in the street. Sometimes they reached up to me, touched my wrist. Twice I was asked for a blessing that I could not give. Not in the way they wanted. I started wishing that I were capable of performing a service for the world. And I found I could not do nothing…The uniform comes with some responsibility; otherwise, it is just a party costume. I started kneeling down, holding out a ten-dollar bill, and saying, “I’m not a priest. But I feel you.” And I couldn’t do it once without doing it a couple dozen times. Chicago is a big city, with a lot of souls stuck in its doorways. It still makes me sadder than I could have imagined.

What made homeless families comfortable to ask him for blessings and help? It was undoubtedly his priestly cassock, as they knew nothing else about him.

A Roman Catholic archbishop once narrated the story of a nun who lived in America after the Second Vatican Council. Like many other sisters in her time, she turned in her silver cross and monastic habit in favor of worldly clothes to be “like everyone else.” One evening, as she got into her car, two men entered with a knife and demanded she drive them to a deserted drive-in theater.

“We’re going to rape you,” they said.

“Please look at my identification. See? I’m dressed as a nun in the photo.”

They answered, “How do we know you didn’t get that photo taken at a costume party?”

“Please, call the college at which I teach. They will tell you I am a nun.”

One of the men went to the nearest payphone and did just that. When he returned, he told his partner in the would-be crime, “It looks like she’s a nun.”

The men left her without carrying out their malicious intent, but not before one of them took his knife and carved a Cross on her back.

“There! So the next man will know that you belong to Christ.”

Similarly, the priestly cassock is an external symbol to society that the wearer belongs to Christ and is authorized to act in His Name in order to bestow His many blessings upon others through the Mysteries and life of the Church. How can that alienate people? This is what people today need more than ever.

It seems that very society does not agree with them.

14 Responses to "The Power of the Priestly Cassock"