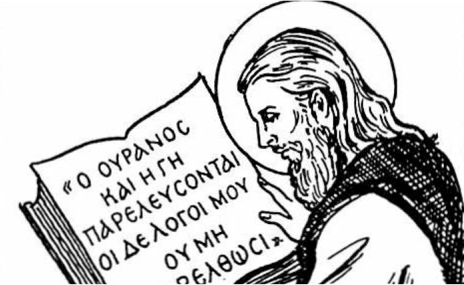 There are, my beloved many books which speak about various topics that arouse the attention and the interest of people. And because the objects of the material world, which our senses perceive are examined with microscopes and telescopes are countless, and each one of these objects becomes a topic of special scientific investigation, these books are many, their number astonishing. Scientists continuously investigate, and new worlds, new aspects of things are discovered and they are astonished. For example, what is an ant? Yet it became an object of study. And this study, in spite of all the books which have been written, has not yet told us the last word about this small insect. What is, I ask you, uranium? A small stone. And who could imagine that enormous power is contained in this small stone called nuclear energy? All things, from the largest to the smallest, produce a myriad of questions when they are examined scientifically, questions that science tries to find answers for.

The questions are many. Among which there are also some questions of general interest, which more or less occupy all people, and in particular the wise.

Who, for example, who sees the sun shining and warming the earth in the morning does not ask himself: who made the sun? Where did it come from? Where did the stars come from? The moon? The plants? The rivers and the sea? Where did animals come from? Where did man come from? Matter? The spirit? What is the reason for the existence of everything, especially the chief most of beings, man? Where does he come from and where is he going? What is life? What is death? What is there beyond the grave? And who is the creator of the material and the spiritual world? Who is Christ?

People who were considered wise tried to find answers to these questions that refer to the origin, to the composition, the end and the purpose of living things and especially man. But their answers are filled with so many errors that they did not satisfy man. Questions concerning the depth of the subjects remain. Man is bewildered when he opens the books of this world and sees what confusion, what contradictions, what errors and inaccuracies the books of the wise and of the scientists are filled.

O man who seeks to learn the truth about the most important problems of life, open up one book and—if you are a sincere friend of the truth—you will immediately see light, you will see a Sun illuminating your thought process, warming your heart and electrifying your will about the great and the high. And what is this book? It is the one and only. It is Holy Scripture. It is the book of Books, the king of books, the eternal, the immortal book.

Holy Scripture answers all of the questions we have mentioned above. In particular, it answers the one question that stirs up the ages. And this question is: Who is Christ?

The fact that the authors of the 49 books of the Old Testament, who wrote it over a period of 1500 years as though they were seeing Christ in their minds and writing details about His life, all of which have been fulfilled, is amazing.

Would you like a small idea of this miracle, which proves that Scripture is not a common book but a divinely inspired one? Suppose that sculptors in different studios carve the various parts of a statue without ever coming to an understanding among themselves. One carves the hands, the other the legs, another the chest, still another the head. We ask: Is it possible that these various parts that they carve can make the most perfect and beautiful statue when they are collected and are joined together? Certainly this is not possible. But this impossibility became a reality where it concerned the authors of the Old Testament. Because all that they said and arranged together give us the wondrous picture of our Lord Jesus Christ.

How did this happen? There is only one explanation, God illuminated and guided them to write what they wrote in their prophecies. This is a miracle which as we have said proves that Holy Scripture is divinely inspired. This is why Christ also opened Scripture and explained what was written about Him from Moses and the prophets. (Luke 24: 27).

Many fight against Scripture. Many fought to extinguish the light that all of the pages of Holy Scripture emit. But they did not succeed. They were totally vanquished. One of those who also fought it was the well-known philosopher and writer Voltaire, who said as he was dying, “After a few years no one will study Holy Scriptures any more.”

A hundred years after his death, however, his home, where this unbeliever lived, became a store selling Holy Scripture!

Source: A Panoramic View of the Holy Scripture by Bishop Augostinos Kantiotes