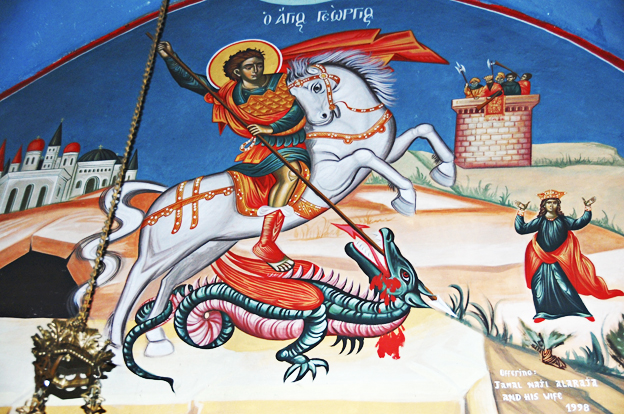 This glorious and victorious saint was born in Cappadocia, the son of wealthy and virtuous parents. His father suffered for Christ, and his mother then moved to Palestine.

When George grew up he entered the military, where he attained, in his twentieth year, the rank of tribune, and as such he was in the service of the Emperor Diocletian.

When Diocletian began his terrible persecution of Christians, George came before him and courageously confessed that he was a Christian. The emperor had him thrown into prison and ordered that his feet be placed in stocks and that a heavy stone be placed on his chest. After that, the emperor commanded that George be tied to a wheel, under which was a board with large nails, and he was to be rotated until his whole body became as one bloody wound. After that, they buried him in a pit with only his head showing above the ground, and there they left him for three days and three nights. Then George was given a deadly poison to drink by a magician. But through all of these sufferings, George continuously prayed to God, and God healed him instantly and saved him from death, to the great astonishment of the people.

When he also resurrected a dead man through his prayers, many accepted the Christian Faith. Among these were Alexandra, the wife of the Emperor Diocletian; the chief pagan priest; the farmer Glycerius; and Valerius, Donatus and Therinus.

Finally the emperor commanded that George and his own wife Alexandra to be beheaded. Blessed Alexandra died on the scaffold before being beheaded, and St. George was beheaded, in the year 303.

The miracles which have occurred over the grave of St. George are countless. Numerous are his appearances, both in dreams and openly, to those who, from that time to today, have invoked him and implored his help. Inflamed with love for Christ the Lord, it was not difficult for this saintly George, for the sake of this love, to leave all: rank, wealth, imperial honor, his friends and the entire world. For this love, the Lord rewarded him with a wreath of unfading glory in heaven and on earth, and with eternal life in His Kingdom.

In addition, the Lord bestowed upon him the power and authority to assist all those in afflictions and difficulties who honor him and call upon his name.

From the Prologue of Ohrid by Bishop Nikolai Velimirovic 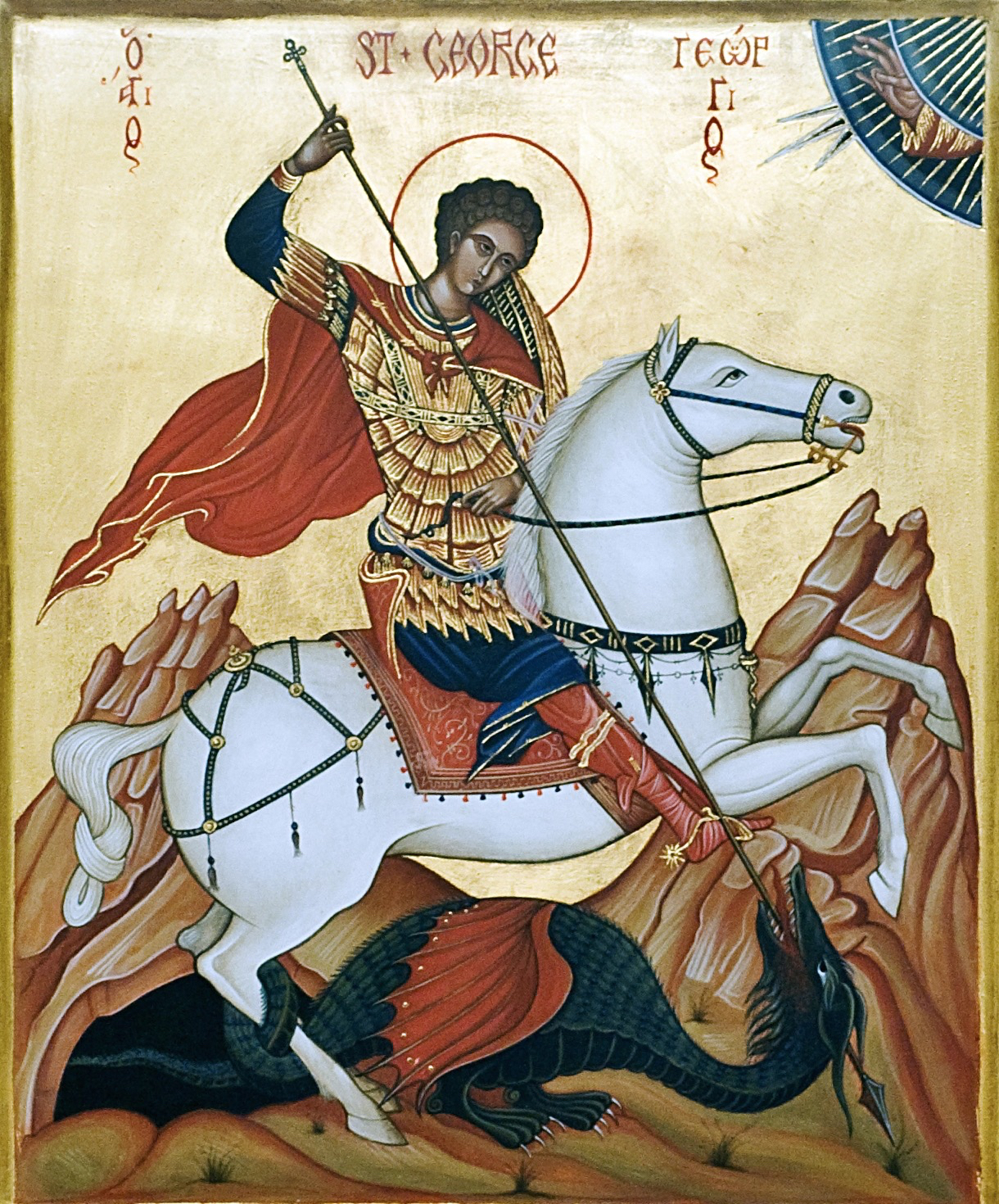