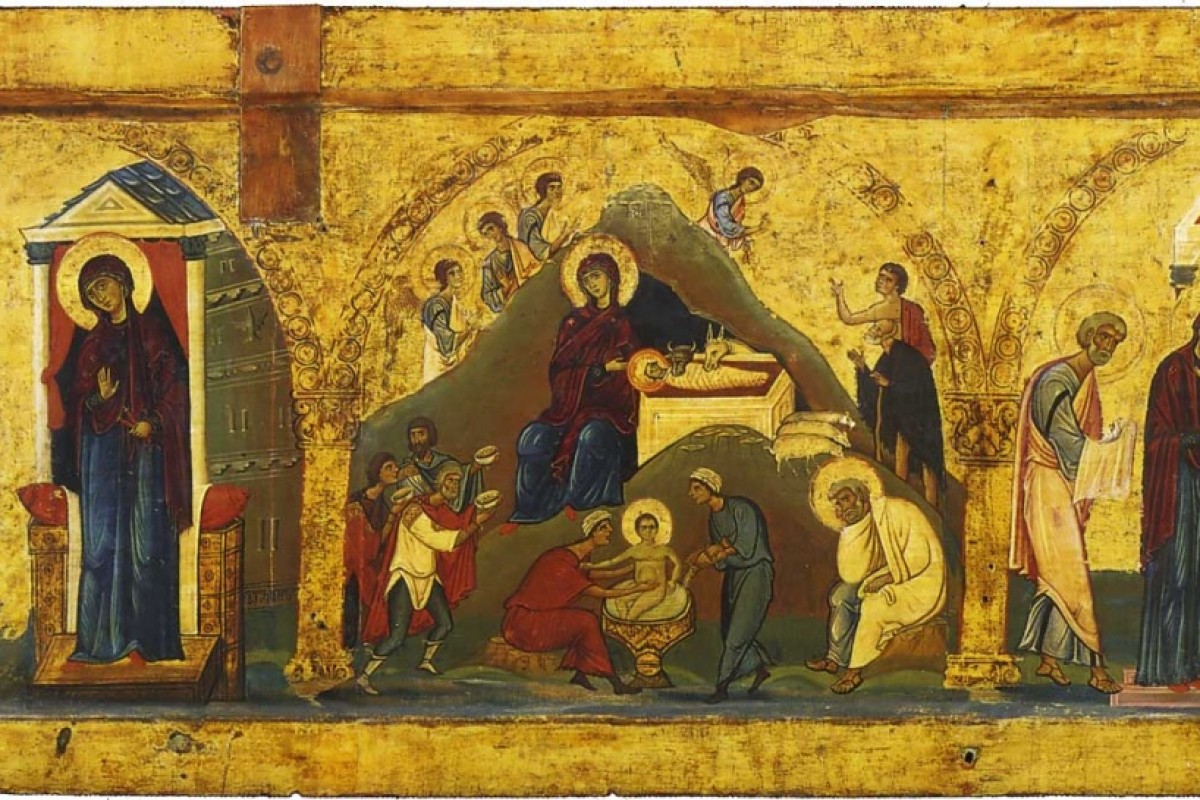 One of the signs of modern courtship is the growing trend of elaborate marriage proposals, which are oftentimes choreographed and shared on social media. We see them all the time: a young man invites a young woman to some sentimental place (oftentimes with a view of the ocean) and “pops the question” (oftentimes using candles, signs, and/or balloons) shortly before all of their family and friends come out of hiding to congratulate them and celebrate. It is not uncommon to observe in those signs, candles, or balloons the phrase, “She said yes!”

What joy a young man must feel when the young woman to whom he has offered his life accepts his proposal to be united as one flesh in the Mystery of Marriage. Imagine condensing an entire lifetime of romantic love into a single, nerve-wracking, and memorable moment. In popular culture, some of these moments have been recorded for us, like these words from Rhett Butler in the film, Gone with the Wind:

Say you’ll marry me when I come back or, before God, I won’t go. I’ll stay around here and play a guitar under your window every night and sing at the top of my voice and compromise you, so you’ll have to marry me to save your reputation.

…or this exchange between Jane Eyre and Mr. Rochester in Charlotte Brontë’s, Jane Eyre:

“Come to my side, Jane, and let us explain and understand one another.”
“I will never again come to your side: I am torn away now, and cannot return.”
“But, Jane, I summon you as my wife: it is you only I intend to marry.”
I was silent: I thought he mocked me.
“Come, Jane — come hither.”
“Your bride stands between us.”
He rose, and with a stride reached me.
“My bride is here,” he said, again drawing me to him, “because my equal is here, and my likeness. Jane, will you marry me?”

As memorable as these proposals are, they pale in comparison to the single greatest proposal of all time, which took place in Nazareth of Galilee in the last year before Christ and is recorded for us in Luke 1:

And in the sixth month the angel Gabriel was sent from God unto a city of Galilee, named Nazareth, To a virgin espoused to a man whose name was Joseph, of the house of David; and the virgin’s name was Mary. And the angel came in unto her, and said, Hail, thou that art highly favoured, the Lord is with thee: blessed art thou among women. And when she saw him, she was troubled at his saying, and cast in her mind what manner of salutation this should be. And the angel said unto her, Fear not, Mary: for thou hast found favour with God. And, behold, thou shalt conceive in thy womb, and bring forth a son, and shalt call his name JESUS. He shall be great, and shall be called the Son of the Highest: and the Lord God shall give unto him the throne of his father David: And he shall reign over the house of Jacob for ever; and of his kingdom there shall be no end. Then said Mary unto the angel, How shall this be, seeing I know not a man? And the angel answered and said unto her, The Holy Ghost shall come upon thee, and the power of the Highest shall overshadow thee: therefore also that holy thing which shall be born of thee shall be called the Son of God. And, behold, thy cousin Elisabeth, she hath also conceived a son in her old age: and this is the sixth month with her, who was called barren. For with God nothing shall be impossible. And Mary said, Behold the handmaid of the Lord; be it unto me according to thy word. And the angel departed from her (Lk 1:26–38).

This greatest proposal of all time took place between God and a poor, powerless Jewish teenage girl. In this exchange, God, Who spoke through His angelic messenger Gabriel, proposed to the Holy Virgin Mary that she would conceive, by the power of the Holy Spirit, the Son of God and Savior of the world, in her womb. In essence, He asked her if she would accept a role in the Incarnation, that great mystery in which God became man for the salvation of mankind.

And, she said yes!

This means that, without her consent and faithful agreement, there would be no Mystery of the Incarnation as we know it. Only after she said yes did the Second Person of the Holy Trinity, our Lord Jesus Christ, take our human nature from her and united it with His Divinity in an ineffable mystery. Just as in any proposal, God in His free will desired to become man and the Holy Virgin Mary in her free will desired to give herself to Him and bear Him, which is why she is called Theotokos or “bearer of God.”

What, exactly, did she say yes to? Clearly, she said yes to the Incarnation of the Son of God in her womb, but there’s more to it than that. She said yes to pregnancy, even though she was a virgin, and even though she would have to endure the shame of society, including her own betrothed, St. Joseph, when he doubted her at first. She said yes to living as an unmarried, pregnant woman for nine months in a society that punished such things by death. She said yes to raising a Child Who was was destined for suffering and the Cross from the first moments of His life: Herod sought Him to kill Him 1 and the righteous Simeon had prophetically warned her of His destiny when He was only a few days old. 2 She said yes to raising Him as Her only source of support, knowing that she would eventually give Him up for the salvation of the world. In short, she said yes to giving up everything that a girl her age normally desired in life, things like basic comfort and support, in favor of living a life that was wholly consecrated to God in the most intimate way.

Not only did she say yes to God, but unlike other women, she didn’t say yes merely for herself. Whereas most young women agree to marriage for themselves and perhaps their families, the Holy Virgin Mary said yes to God on behalf of the entire human race. In one of the troparia of the Third Hour of the Agpeya, we say to her, “O Theotokos, you are the gate of heaven. Open for us the gates of mercy.” By saying yes to God on behalf of mankind, she became the gate by which Christ entered and enlightened our world. 3 As St. Ambrose of Milan said,

What is that gate of the sanctuary, that outer gate facing the East and remaining closed: ‘And no man,’ it says, ‘shall pass through it except the God of israel’? Is not Mary the gate through whom the Redeemer entered this world?…Holy Mary is the gate of which it is written: ‘The Lord will pass through it, and it will be shut,’ after birth, for as a virgin she conceived and gave birth.

Because she said yes, God dwelt among us, taught us, healed us, suffered for us, died for us, and was raised from the dead for us.

It is no wonder, then, why we magnify her as we do, why we enthrone icons of her with her Son in our homes, why we sing praises to her, and why we take her as our own mother. Isn’t it obvious?