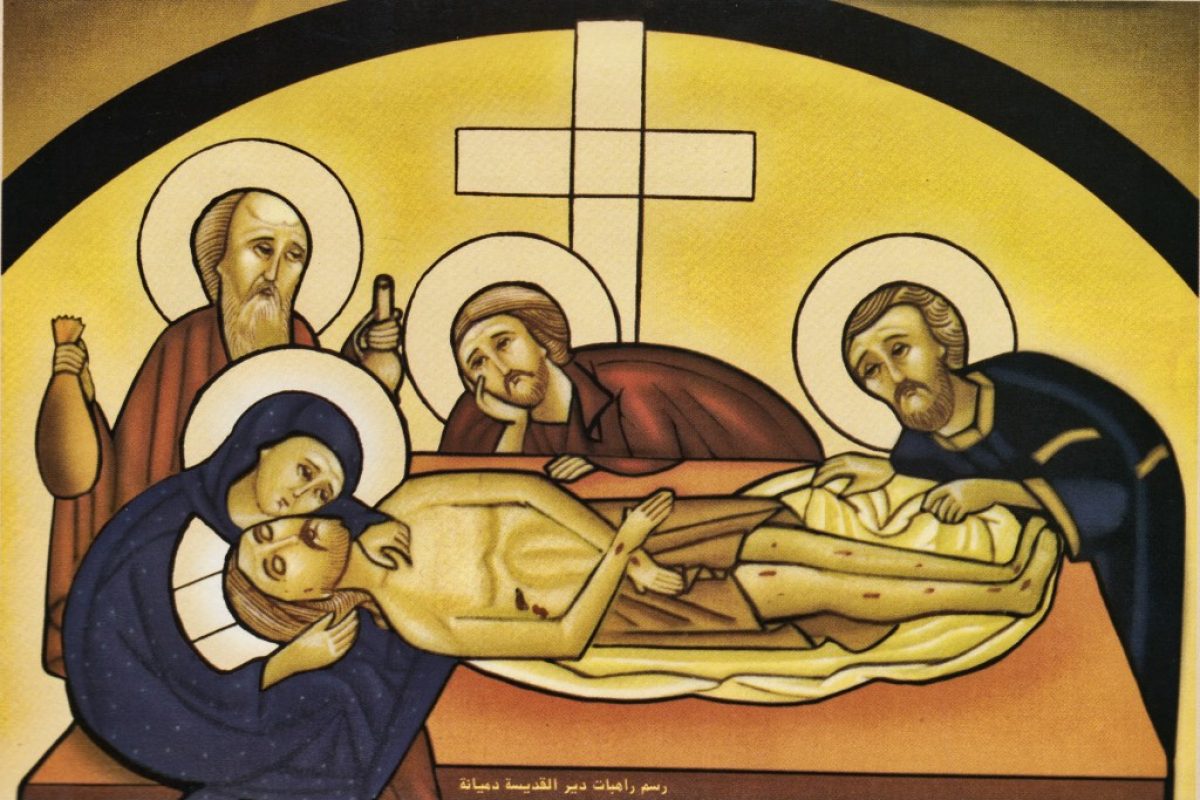 Tonight, brothers and sisters in Christ, we offer our hearts and prayers in this Evening Raising of Incense service on the eve of the Fourth Sunday of the blessed Coptic month of Paope. Every day, our loving Mother, the Holy Church, nourishes us with different spiritual teachings through the Katamerous, or the daily readings, which are quite accessible these days. I wholeheartedly encourage you to search out these readings every day, whether we have services or not, and read them carefully to discover the spiritual message of the Church for that day.

One of the messages of this past week comes from Matthew 24:42-47 in which our Lord and Savior Jesus Christ commands us, “Watch therefore, for you do not know what hour your Lord is coming.” Later, He exhorts us, “Therefore you also be ready, for the Son of Man is coming at an hour you do not expect.” This message, which was the Gospel reading for yesterday’s Raising of Incense, is a reminder that we must be vigilant and purposeful in our lives, because we don’t know when our Lord will return or when our lives in this world will end.

Tonight, I would like to meditate on one of the ways in which we can be vigilant in our lives, a spiritual exercise known as the “remembrance of death.”

What is the remembrance of death? To illustrate, consider the story of a monk found in The Ladder of Divine Ascent by St. John Climacus. This monk was negligent in his life, not paying any attention to his soul. Instead, like so many people, he lived day by day for the cares of this world. Suddenly, he became seriously ill, and for an hour, his soul left his body as he lay there, essentially dead. But something amazing happened. God permitted his soul to return to his body, and suddenly, he became alive again. Immediately, he asked everyone to leave his cell while he barricaded the door. He remained in that cell for 12 continuous years, not speaking to anyone and eating only bread and water. He spent those years weeping continuously for his sins and praying. Finally, when it was clear he was about to die, the other monks broke his door and tried to speak with him, but the only thing he said was, “Forgive me! No one who has acquired the remembrance of death will ever be able to sin.” He died peacefully and in a good state a few days later. This story helps us understand the concept of the remembrance of death. A negligent monk experiences death for an hour, and when he returns to life, he keeps that memory before him at all times. This is the essence of the remembrance of death: to constantly remember and be mindful of the day of our death and departure from this world.

Our Lord Jesus Christ is the pure and perfect example of this practice. Unlike every other human being, Christ was born to die. You and I were born to live, but Christ was born to die. Dying for our salvation was the goal of His life. In the Gospel, He constantly told His disciples about His upcoming death. For example, in Mark 10:32, we read,

Now they were on the road, going up to Jerusalem, and Jesus was going before them; and they were amazed. And as they followed they were afraid. Then He took the twelve aside again and began to tell them the things that would happen to Him…

We see here that our Lord Jesus Christ was mindful of His upcoming death, and as a result, He lived His life with purpose. Everything He did throughout His earthly ministry was in some way connected to His death by which He achieved our salvation and granted us that we might share in His victory over sin, the devil, and death. Christ, therefore, is the pure and perfect example of the practice of the remembrance of death, because He modeled it for us in His pure life.

The remembrance of death is also found elsewhere in the Holy Scripture. For example, in the Wisdom of Jesus the Son of Sirach, we read the following wisdom: “In all you do, remember the end of your life, and then you will never sin” (7:36). The Holy Prophet-King David also spoke of the remembrance of death in his famous psalm of repentance, Psalm 50, when he sang, “For I know mine iniquity, and my sin is ever before me” (50:3).

The Holy Fathers of the Church likewise teach us to practice the remembrance of death continually. Our beloved intercessor, St. Gregory the Theologian, asks, “Do we make life a meditation of death?” 1 Abba Isaiah of Shiheet (4th c.) counsels us to “Keep death before your eyes daily, and be concerned about how you leave this body, pass the powers of darkness that will meet you in the air.”2 Abba Isaac the Syrian, the great seventh century spiritual master, exhorts us, “Prepare your heart for your departure. If you are wise, you will expect it every hour.”3 Of course, the Holy Fathers did not only teach us to practice the remembrance of death, but they also modeled it for us in their own lives. Abba Wesa, the disciple of Abba Pachomius the Great, said this about his master:

The remembrance of death is therefore a necessary spiritual exercise which our Lord Himself practiced and which is found in the Holy Scripture and teachings of the Holy Fathers.

The Benefits of the Remembrance of Death

What are the benefits of practicing the remembrance of death? There are many, but let us consider only a few.

First, the remembrance of death combats sin as mentioned in the passage from Sirach, “In all you do, remember the end of your life, and then you will never sin.” The Russian saint, Ignaty Brianchaninov, called the remembrance of death “a bitter medicine against [] sinfulness.” A person who is mindful of death will continually think, “If today or tomorrow is my last day in this world, then what should I do right now?” We oftentimes fall into sin because we have forgotten God and the reality of eternal life preceded by a judgment, but when we practice the remembrance of death, the fear of God grows in our hearts minds and hearts, and gives light to our conduct.

Second, the remembrance of death helps us develop the right relationship with this world. How often do we live in a manner that prioritizes worldly things over spiritual things? Too often, we are so concerned with accumulating wealth and possessions or simply just enjoying life in this world without any care for eternal life. Practicing the remembrance of death keeps us grounded and reminds us of the supremacy of the spiritual life over all of the cares and pleasures of this world.

Third, the remembrance of death helps us cultivate loving relationships with one another. When we are mindful of death, all of the petty offenses and insults that breed division and hatred in our hearts for one another will come to an end. Remembering the words of the Holy Fathers, “Your brother is your life,” we will be more reluctant to allow any issues with our brethren come in the way of our salvation and eternal life.

All of these benefits are summarized in this beautiful passage from the writings of the Russian saint, Ignaty Brianchaninov, who describes a person who practices the remembrance of death in this way:

He is constantly occupied with wondering what will justify him at Christ’s terrible judgment and what his sentence will be. This sentence decides a person’s fate for the whole of eternity. No earthly beauty, no earthly pleasure draws his attention or his love. He condemns no one, for he remembers that at the judgment of God such judgment will be passed on him as he passed here on his neighbors. He forgives everyone and everything. that he may himself obtain forgiveness and inherit salvation. He is indulgent with all, he is merciful in everything, that indulgence and mercy may be shown to him. He welcomes and embraces with joy every trouble or trial that comes to him as a toll for his sins in time which frees him from paying toll in eternity. If the thought comes to him to be proud of his virtue, at once the remembrance of death rushes against this thought, puts it to shame, exposes the nonsense and drives it away.5