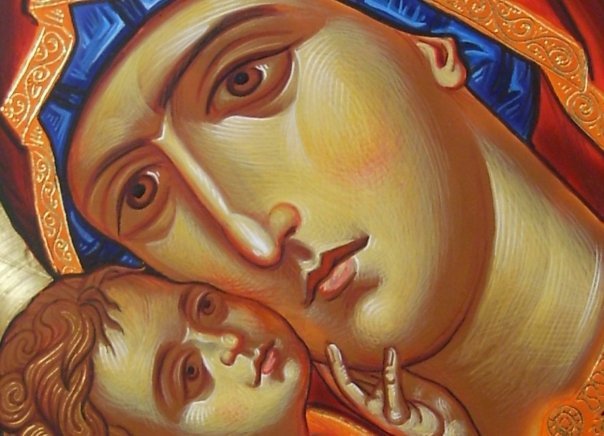 We have to understand what feminism is. There is a difference between speaking about the rights of women and the equality of women and about feminism. Feminism is a strictly sociopolitical movement which commenced in the 19th century in reaction to socio-political conditions. The voting right wasn’t there and from that stemmed the whole movement. But then you go from looking for rights of women to an extremity which has become known as feminism. Feminism will have you move one type of domination for another. It will have you move one type of persecution from one end to another. Feminism will have you believe that there is a very real and very strong conflict between morality and equality and the Church, or equality and the Bible, or equality and the concept of God, which doesn’t exist. It will have you believe that if you are a Christian, if you follow the Bible, if you go to Church, you are subjected to a male chauvinistic institute which strives at binding your rights and on the extreme other side, it will drive some men to misunderstand the situation and enact a different type of persecution. Neither of these are valid.

Let us talk about this in the light of the Bible. Genesis Chapter one verses 26 and 27 say “Then God said, “Let Us make man in Our image, according to Our likeness; let them have dominion over the fish of the sea, over the birds of the air, and over the cattle, over all the earth and over every creeping thing that creeps on the earth.” “So God created man in His own image; in the image of God He created him; male and female He created them.” God created them; He created man in His image, let them have dominion over the world, the seas, the lands.

How did God create us in His image? God is Spirit so when we are told we are created in God’s image and likeness, it means that the image we are created in is the everlasting image of His Spirit. It is the spirit which is created in us that lives forever. When we die, the body decays and the spirit moves on. God is neither male nor female; God has no sexuality, God has no gender, God is a spiritual being. We refer to God as Father because the Lord Jesus asked us to pray “Our Father…”

God granted dominion over all of creation to male and female. God created them and He blessed them. (Genesis 1:28) God created them in His image and likeness, equal, in their essence, they are in the image of God. He blessed them equally. There is no discrimination. Matthew Chapter 19 verse 4 says, “And He answered and said to them, “Have you not read that He who made them at the beginning, ‘made them male and female.’” Why did He
create them male and female? God knew that although He created us in His image and likeness, He knew the weakness that we had. He knew that man could not live alone and God said that it is not good for man to live alone and He created for him a support, an aid, an assistant. They were created to help each other, to support each other. God created Eve to help Adam. This is the importance of Eve.

The importance of Adam is that he is the first creation. The importance of Eve was that she was his support; of equal importance and equal place with God. God loved them both, God created them both. Genesis Chapter two verse 18 says, “And the LORD God said, “It is not good that man should be alone; I will make him a helper comparable to him.”” Did He say He would make him a helper a little bit less than him? A little bit more than him? God does not discriminate.

God created them that they may co-exist. It is not a matter of finding out who is first and who is second. It is which role each party has. When we look at the way the Lord Jesus Christ dealt with women, He did not discriminate. There were women there as He taught, as He sat with people in their homes, on His way to the Cross, at the foot of the Cross, at the door of the tomb. It was the women who found out that He had risen. There is no discrimination.

Feminism will have you believe that Christianity is a completely male dominated, female dominating institution. It is not.

The whole idea of men and women, male and female, husband and wife, is not about who is dominant and who is dominated. It is about which roles each of them holds. The roles are different, but complimentary. They are not conflicting roles. They help each other. (Refer I Corinthians 12:14-21) We need to concentrate on our specific roles. God dealt with all women equally and with all men equally. He gave them differing roles.

One issue that comes up is “Why can’t women be priests?” The fact that priesthood was designated to men is not because men are more important than women but because this is their role. When the Lord Jesus Christ came, it became His priesthood.

The only two situations that we do not have any recollection or any record of women being present at are: firstly, the institution of the sacrament of the Eucharist and secondly, when the Lord breathed into the faces of the holy disciples and said “Receive the Holy Spirit. If you forgive the sins of any, they are forgiven them; if you retain the sins of any, they are retained.”
(John 20:22,23) Women were not there when the Lord said to go forth and baptize the whole world. Teach them as I have taught you. This isn’t because women are less important, but God created designated roles.

There are many roles of women in the Church. They are side by side with the men. Around 60-70% of those who serve in the Christian education movement are women. How does the Church discriminate against a group to which it entrusts the future of its children? In the family, in the Church, men and women have roles and they are complimentary. They work with each other. We teach that man is the head of the family as Christ is the head of the Church. “Wives, submit to your husbands, as to the Lord.” (Ephesians 5:22) “Husbands, love your wives, just as Christ also loved the church and gave Himself for it.” (Ephesians 5:25) It is not a submission of servitude; it is not a submission of power and weakness; it is a submission of the Church to the Lord.

Glory be to God. Amen.

One Response to "Feminism and the Role of Women"