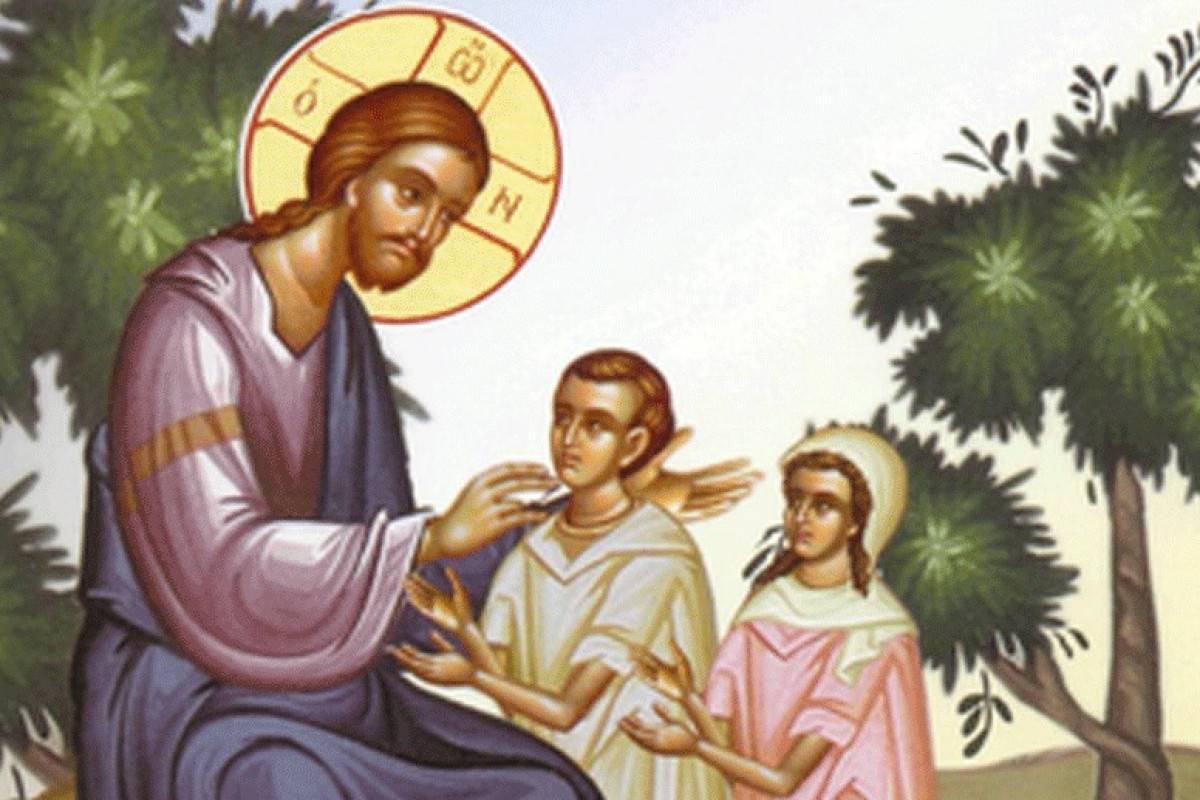 Why is it that some people are able to know God and believe in Him until the end of their days, while others lose their faith while still young ? How does this loss of faith occur and by what means can faith be preserved or renewed?

Before answering these questions I would like to say a few words to those who say that religious beliefs should not be “foisted upon” children.

Religious faith cannot be foisted upon a person; it is not something which is alien to man, but, on the contrary, it is an essential need of human nature, it constitutes the primary content of man’s inner life.

When we take care to have a child grow up truthful, good, when we develop in him a correct understanding of and a taste for beauty, we do not foist upon him something alien or extraneous to his nature; we only help him to extract this from within himself, we help him recognize within himself those traits and movements which are common to all human souls.

The same should be said concerning knowledge of God.

According to the principle of not foisting anything upon a child’s soul, we would generally have to renounce all assistance to the child in developing and strengthening the talents and capabilities of his soul. We would have to leave him to his own devices until he grew up and decided which principles to adopt and which to reject.

But in this case we would not have guarded the child from external influences, but would have only made these influences chaotic and arbitrary.

Let us return to the question of why some people retain in their hearts a constant and unshakable faith until the end of their days, while others lose it, sometimes completely and sometimes returning to it with great difficulty and suffering?

What is the reason for such a phenomenon ? It seems to me that it depends on the direction which a person’s inner life takes in his early childhood. If a person, consciously or instinctively, is able to preserve a correct relationship between himself and God, he will not lose faith, but if his ego occupies an unseemly preeminent and dominant place in his soul, then his faith will be superceded. In early childhood a person’s nature does not yet occupy first place, does not yet become an object of worship. For this reason it is said: if you do not become like children, you will not enter the Heavenly Kingdom. As the years advance, our innate egoism grows more and more within us, becomes the center of our attention and the object of our gratification.

And this self-centered egoistic life usually runs along two channels – the channel of sensuality, gratification of the body, and the channel of pride, of strict trust in and worship of reason in general and one’s own in particular.

Sensuality and pride – two ways of serving one’s nature – are precisely those traits which, as we know, were manifested in the original sin of Adam and Eve, and created a barrier between them and God.

That which happened to our forebears, now happens to us.

The unhealthy direction of our inner life from childhood, which leads to the development within us of either sensuality or pride, pollutes the purity of our internal spiritual sight, deprives us of seeing God. We stray away from God, we remain alone in our egoistic life, with all the consequences of such a condition.

Such is the process of our abandonment of God.

In those, however, who succeed in keeping a correct relationship with God, the development of egoistic, sensual and proud attitudes is impeded by the memory of God; such people preserve their purity of heart and humbleness of mind; both their bodies and their minds are placed within a framework of religious consciousness and duty. They look upon all that springs up within their soul from the height of their religious consciousness, evaluate their feelings and passions properly, and do not allow them to take control. Despite all the temptations that come across their path, they do not lose the basic direction of their lives.

Thus the purpose and the difficulty of religious guidance lies in helping the child, and later the teenager, to preserve the right relationship between himself and God and to not allow the development within himself of the temptations of sensuality and pride, which pollute the clarity of internal spiritual sight.

Remembering my youth, I must admit that it was precisely through such an internal process that I lost my religious faith when I was 13-14 years old. The enticements of sensuality, the excessive trust in reason and the pride of rationality which were developing in me, deadened my soul. And I was not alone, the majority of my friends suffered the same fate.

Had an experienced spiritual instructor happened to be alongside us and peered into our souls, perhaps he would have found something good in them, but primarily he would have found idleness, gluttony, deceit, hypocrisy, self-assurance, inordinate belief in one’s powers and abilities, a critical and skeptical attitude towards the opinions of others, a tendency towards hasty and and rash decisions, stubbornness, and a trusting attitude towards all kinds of negative theories, etc.

The only thing he would not have found in our souls would be the memory of God, and the inner quiet and humbleness which it engenders.

We did not have such an instructor. Our religious teacher, a venerable protopriest, barely had time to check on our lessons in the Law of God and to explain further. And we regarded these lessons with the same boredom and indifference as all the others. Outside of these lessons we had no contact with our teacher. Confession, to which we went once a year, we approached with no understanding whatsoever.

And nothing prevented us from becoming spiritually extinguished.