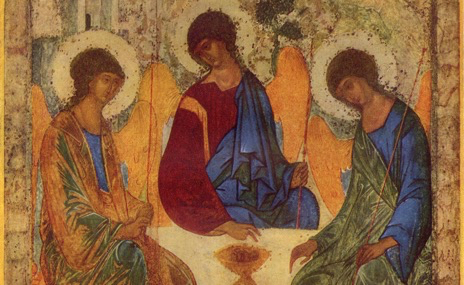 “As for our religion … few of us really feel that the creeds we espouse are more important in giving shape to our ethical predispositions than are our own judgements. We certainly, at any rate, do not draw near to the ‘mystery of God’ with anything like the fear and trembling of our ancestors, and when we tire of our devotions and drift away we do not expect to be pursued, either by the furies or by the hounds of conscience.”

Apathy is a serious problem in our age. I am tempted to say that it is even a core component of the spirit of the age in which we are now living. Sobriety, an intense awareness of oneself and one’s surroundings, is a burden because it often entails responding to pricks of the conscience. Instead, we proclaim “to each his own” and drag our feet through the drudgery of everyday life, sleepy eyed and numb. Or, if not numb, then hoping for and often finding ways to induce it.

This is not simply the case for those who deny the existence of God or who proudly proclaim that they are “spiritual” but hate “organized religion.” No. Apathy is also a problem, perhaps more of a problem, for those who ostensibly affirm a creed, but are unwilling to submit themselves to its tenets. In thinking of the creed that is and has been articulated by Orthodox Christians throughout the world for some seventeen centuries now, there is, it seems to me, a deep apathy among many Christians with regards to truly reflecting on and living according to its most basic proclamations, namely that there is One God who is Trinity (Father, Son, and Holy Spirit); that the Son (Light of Light, true God of true God) was incarnate, crucified, died, and resurrected for our salvation; and that the Holy Spirit is the Giver-of-life. Do we pause to think about these profound realities and what they actually mean for our lives? Or do we simply rattle the creed off as though it is just one more consumable and disposable thing in our lives. Sometimes it matters (especially when we link our socio-political identities to a creed), most of the time it doesn’t.

The problem, really, is an utter lack of humility. Instead, pride reigns supreme, and God is good, the creed is good, the Church is good, so long as none of them challenge what I want and what I think. This is why it is so easy for Church-goers to drift away from the teachings of the Church and not feel as though they have gone astray. I am at the center, not Christ. And one, it turns out, never really drifts away from oneself. This attitude is one that posits oneself as already finished, complete, whole.

“I’m only human,” we so often affirm. Lord have mercy! “Only human?” What, precisely, does that mean? That I can’t, or more accurately, I don’t want to change? That all my failures, all my miseries, all my shortcomings, all my accomplishments, and all my joys are a matter of fate and destiny? This, in my mind, is the most apathetic proclamation that a human can make. If I am made in the image and after the likeness of God, then stating that I am “only human” demeans God Himself. But we don’t really care, do we? The work of transfiguration is too much and too hard and too challenging. So we push on with things as they are, wishing that they would magically change and get better.

Brothers & sisters: we are called to respond to Christ, and in so doing to be transfigured in Him. As one Orthodox priest I know once boldly and perfectly announced: “Anyone who doesn’t want to change” (and I would add, and do the work necessary for that change), “has no business being a Christian.”